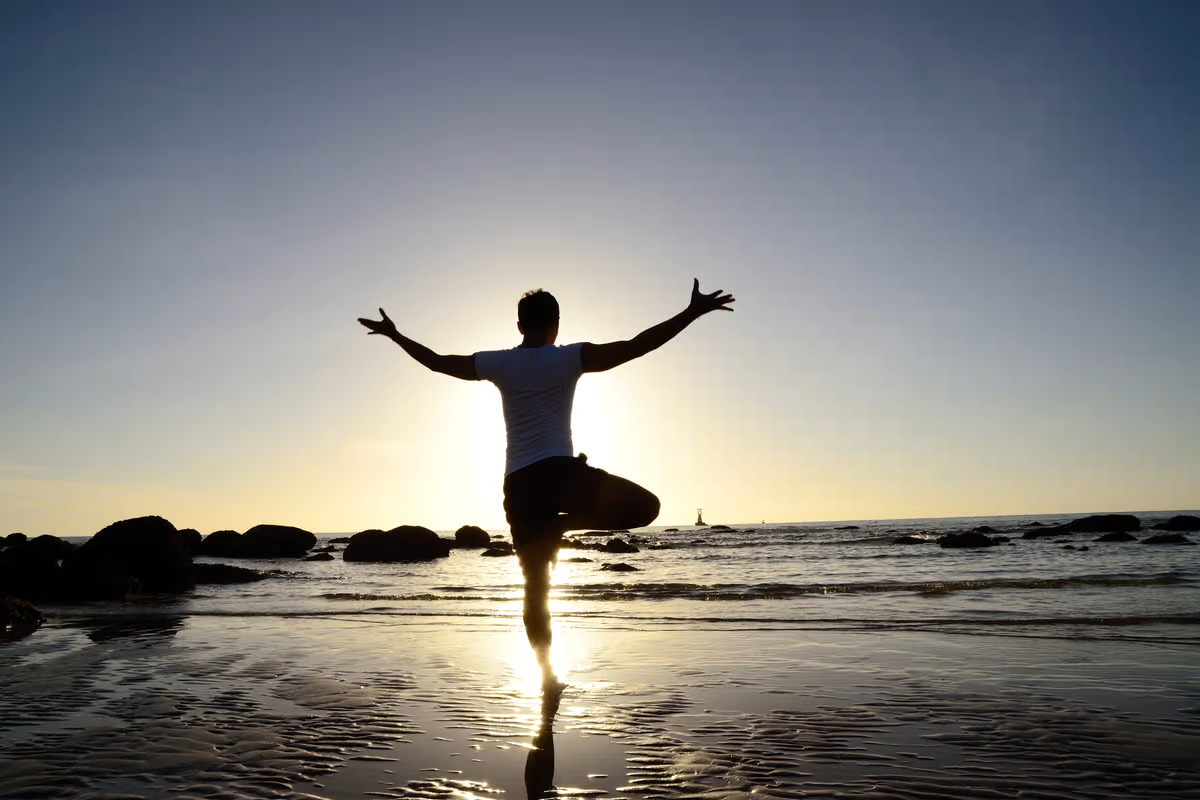 A new study has uncovered an association between one-legged balance and risk of death later in life.  Depositphotos

Human balance is known to decline with age, and an international team of researchers has provided new evidence around whether this particular ability can serve as an indicator for risk of disease and death. The study involving more than 1,700 subjects found a disproportionate rate of death among those unable to complete a 10-second balance test, with the authors suggesting such an examination could become part of routine health checks from middle age onwards. –

The deterioration of human balance is driven by a range of complex factors including declining bone density, loss of physical strength, and an impaired ability to process sensory information around our body’s position and the surrounding environment. While an unsighted tree root can trip us up at any age, these factors, along with things like poorer cognition, worn-out joints and degenerating eyesight can increase the likelihood of a fall as we move into our later years.

Poor balance can also be indicative of other health problems, including ear infections, stroke and multiple sclerosis. The authors of this new study sought to build on this by determining whether balance could be used to assess a person’s risk of death from any cause within the next decade. To do this they looked at data from 1,702 subjects, all with a stable gait and aged between 51 and 75.

The scientists analyzed metrics such as body weight, skinfold measurements, waist size and medical history, and made each participant stand on one leg for 10 seconds, with the free foot resting on the lower leg and their arms by their sides. Each person was allowed three attempts with either foot, with 348 subjects, or around one in five, failing the test.

Monitoring the patients over an average follow-up period of seven years enabled the scientists to tease out some associations between balance and mortality. 123 subjects, or seven percent of the cohort, died in that time from a range of causes including cancer, cardiovascular disease, respiratory disease and complications from COVID-19.

Though there were no clear trends relating to the balance test results and these causes, or how long the subjects lived for, the rate of death among those that failed was significantly higher, at 17.5 percent compared to 4.5 percent. Those that failed the test were generally in poorer health with higher rates of obesity and heart disease and high blood pressure. Type 2 diabetes was around three times more common in this group.

After taking into account underlying conditions, age and sex, the scientists calculate that an inability to stand on one leg for 10 seconds was associated with an 84 percent increase in risk of death from any cause in the next decade. It is important to note there was no causal link established through the observational study, and other caveats include the exclusively white Brazilian cohort, and that around two thirds of the subjects were men.

In addition, data on history of falls, physical activity, diet and smoking was not available. This means without wider studies across different populations, it is difficult to make definitive statements about balance and the risk of death in humans. Particularly when you consider that standing on one leg, or balance in general, is something you can improve through strength training and practice, as those who have tried (and or failed) different yoga poses might attest.

The research does suggest, however, that like a blood pressure reading or blood test can be used by doctors to build a general picture of our general risk of disease, this kind of balance test could become a cheap, non-invasive tool in the context of routine healthcare.

“The one-legged stance test has been used to assess balance over the last five decades, but it is not routinely employed in the clinical examination of middle-aged and older individuals,” said study co-author Dr Setor Kunutsor. “A major reason for this is the lack of data on its relationship with adverse outcomes such as falls and mortality. The current findings suggest the 10-second one-legged stance is a potential practical tool that could be used in routine clinical practice to identify middle-aged and older individuals at high risk of death. We encourage researchers with access to these data to publish their findings to confirm these results.”

The research was published in the journal British Journal of Sports Medicine.

3 comments
Sign in to post a comment.
Please keep comments to less than 150 words. No abusive material or spam will be published.
Aermaco – 2022 Jun 23 – 08:26 AM
Ok,, the first attempt failed thus freaking me out as my balance muscles slowly woke up, but 3rd try held for several minutes but then weak wimpy muscles tired as my limit. So don’t worry if you fail coming out of the gate, keep trying. Wouldnt it be nice if thinking you will live long has a placebo effect?-)
dls – 2022 Jun 23 – 09:40 AM
Look at Fig 1 of the publication in the link they provided. The pose is not as shown at the top of the NewAtlas article, but with the top of the foot resting just above the back of the calf of the other leg. Pretty cool test that should be investigated for use in Dr. visits.
Grunchy – 2022 Jun 23 – 11:26 PM
Karl Wallenda R.I.P.
Tweet