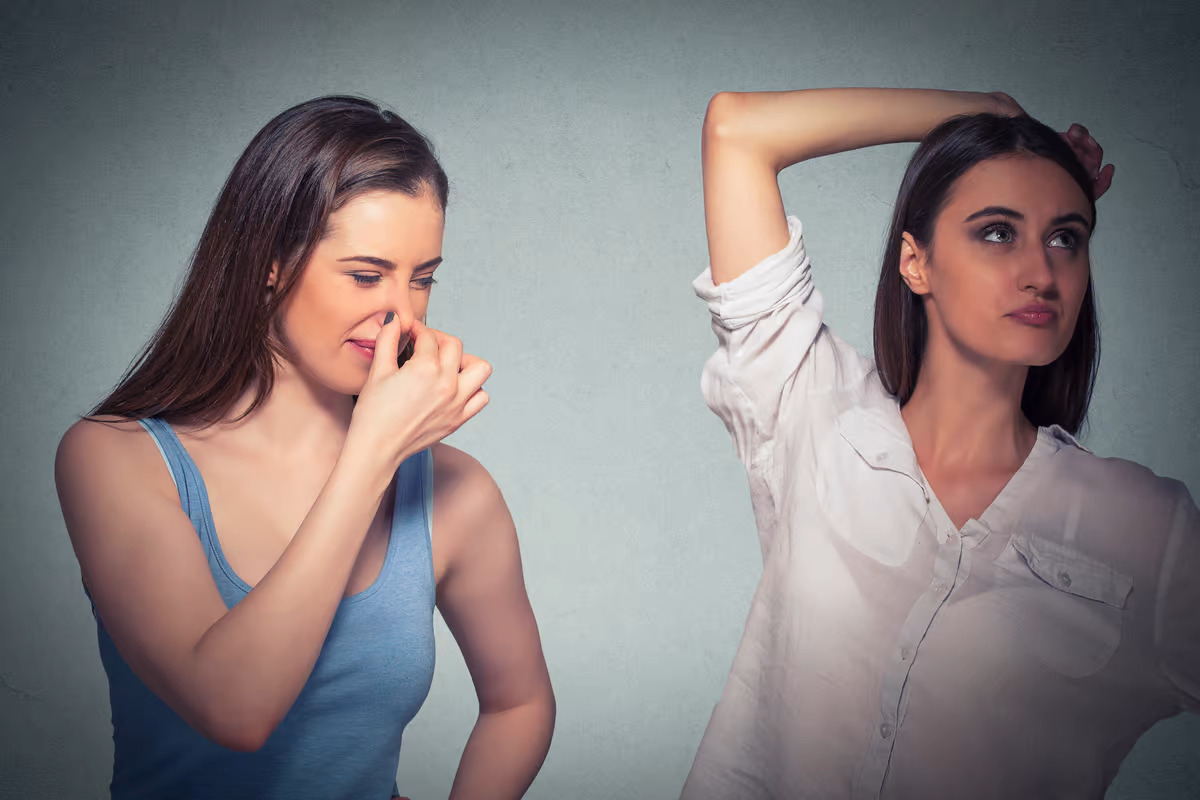 Rich Haridy
2022 Jun 27
–
A compelling new study from researchers at the Weizmann Institute of Science suggests we tend to make friends with people who smell the same as us. Across a series of experiments the researchers found volunteers interacted more positively with strangers who shared similar body odor qualities.

The animal kingdom is filled with examples of scent-based behavior. These chemical communication cues are as ancient as they come but it is only recently that researchers have started to uncover the ways smell influences human interactions.

A number of fascinating recent studies have found emotional states in humans can be communicated through body odors. Chemosignals indicating everything from fear to happiness have been hypothesized in prior research, so this new study set out to explore whether human same-sex friendships can be influenced by body odor.

“Given that a friend’s body odor and one’s own body odor induce similar patterns of brain activity, yet exposure to a stranger’s body odor induces a very different limbic fear–type brain response, we hypothesized that similarity in body odor may contribute to rapid friendship formation,” the researchers write in the newly published study.

The first experiment the researchers conducted was exploring whether same-sex “click” friends shared similar body odors. A “click” friendship was defined as a pair of friends who immediately connected upon meeting. These are friendships that formed quickly and the hypothesis is that this kind of “chemistry” is potentially influenced by factors such as body odor similarities.

To collect body odor the participants were told to avoid all perfumes and scents while sleeping in a cotton T-shirt for two nights. Using both an electronic nose system and a cohort of human volunteers, the researchers then tested how similar the odors were between the “click” friends and random pairs of people.

Both the electronic nose and the human volunteers perceived greater similarities in odor between the “click” friends than the random pairs. While this was certainly interesting, the researchers suggested these similarities in odor could be a consequence of long-term friendship.

From similar living conditions to eating the same meals, close friends could obviously develop similar body odors over time. So another experiment was needed to better explore whether people are drawn to strangers with similar odors.

Another group of volunteers was recruited, all strangers to one another. They collected their body odor in similar ways to the prior experiment and then completed a series of paired social interaction games.

The interactions involved randomly pairing up, then facing each other and performing an exercise where they mirrored each other’s movements for two minutes. After the interaction they completed a short questionnaire rating how comfortable they were and how connected they felt to their partner.

Using the electronic nose technology the researchers then looked at each person’s body odor profile. It was discovered that those strangers who felt most comfortable in their paired interaction shared greater body odor similarities. This correlation turned out to be strong enough to be able to predict which pairs would “click” the best based on body odor similarities alone.

Commenting on the new study to news magazine The Scientist, olfactory researcher Leslie Kay, who did not work on this new research, is cautious not to overestimate the findings. She indicates this study used a small cohort and very controlled conditions so the results don’t exactly suggest people go around smelling strangers to find new friends.

“… you [can’t] just walk up and sniff strangers and say ‘Oh, you’re going to be a really good friend.’ You’d probably be really bad at that, and get punched in the nose or something,” Kay said to The Scientist.

Study co-author Noam Sobel agrees with Kay, noting there are many factors beyond smell that affect human decision making.

“This is not to say that we act like goats or shrews – humans likely rely on other, far more dominant cues in their social decision-making,” said Sobel. “Nevertheless, our study’s results do suggest that our nose plays a bigger role than previously thought in our choice of friends.”

Inbal Ravreby, lead researcher on the new study, is also aware of the limitations in her study. Humans are very different to other mammals, particularly in terms of verbal communication. So these findings certainly may overestimate the influence smells play in day-to-day real-world human interactions. But she does stress the results do indicate chemistry plays some kind of role in how we develop friendships.

“These results imply that, as the saying goes, there is chemistry in social chemistry,” said Ravreby.

The new study was published in the journal Science Advances.