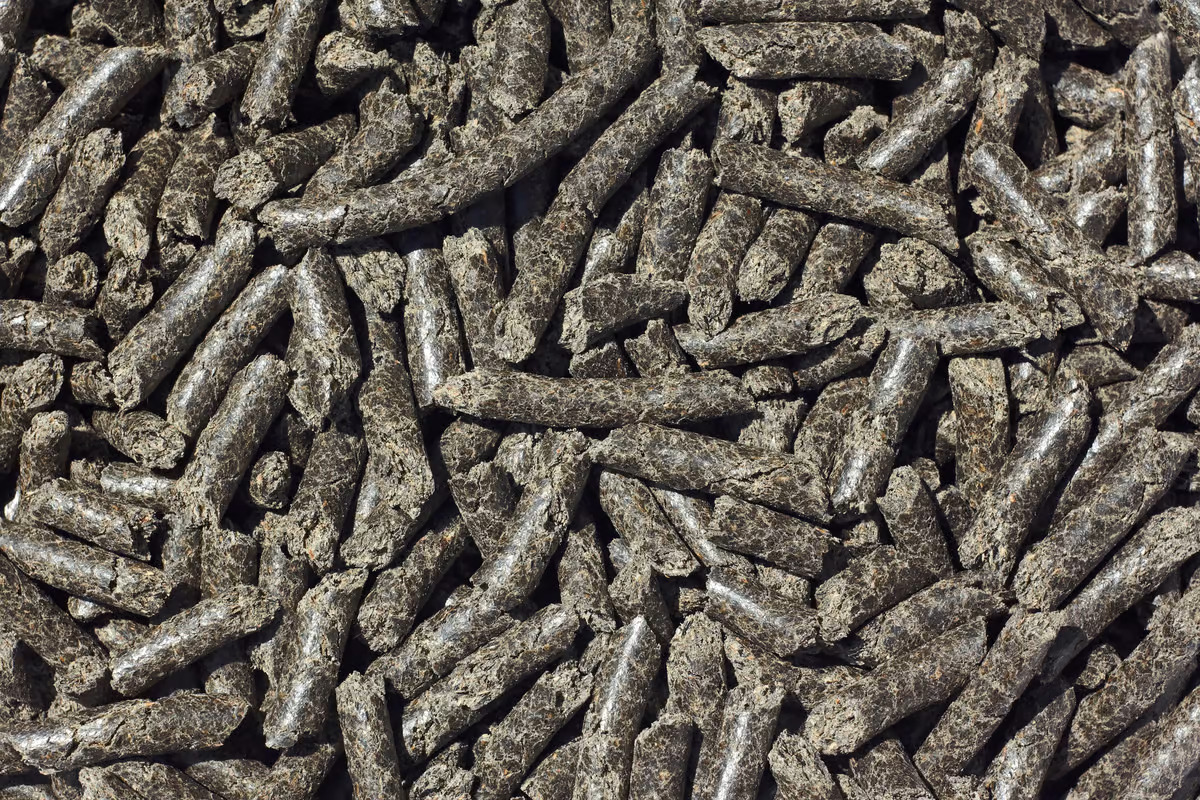 Proteins used in the filtration membranes were harvested from peanut and sunflower oilseed meal (pictured).  Depositphotos

2022 Jun 28
–
When cooking oil is extracted from peanuts and sunflower seeds, a waste product known as oilseed meal is left behind. New research shows that proteins harvested from that meal can be used to filter heavy metals out of contaminated water.

They started by extracting proteins from peanut and sunflower oilseed meal, then winding the protein chains together to form nanoscale rope-like structures known as protein amyloid fibrils. Those fibrils were then combined with activated carbon, to form hybrid filtration membranes.

When the membranes were used to filter water contaminated with lead, platinum and chromium, they were found to remove up to 99.89 percent of those heavy metals, allowing the water to meet international drinking standards. This effect was due mainly to the fact that the fibrils acted as “molecular sieves,” drawing in and trapping heavy metal ions that were passing by.

According to the scientists’ calculations, just 16 kg (35 lb) of sunflower protein would be required to filter the equivalent volume of an olympic-sized swimming pool contaminated with 400 parts per billion of lead. When the membranes do become saturated with trapped metals, they can be dried out and then burned. Doing so will destroy the fibrils but leave the metals behind, allowing more valuable metals (such as platinum) to be recycled.

Additionally, the protein amyloid fibrils remain in the membrane while it’s in use, as opposed to being released into the filtered water. This is an important fact, as amyloids can cause tissue damage and organ failure when they form and accumulate within the body.

It is now hoped that once developed further, the filtration membranes could be a low-cost alternative to traditional technologies such as reverse osmosis, which is not only more expensive but also requires a source of electricity. As an added bonus, the membranes would provide another use for oilseed meal, which is sometimes utilized as animal feed but often just discarded.

“Our protein-based membranes are created through a green and sustainable process, and require little to no power to run, making them viable for use throughout the world and especially in less developed countries,” said NTU’s Prof. Ali Miserez, who led the study along with ETH’s Prof. Raffaele Mezzenga. “Our work puts heavy metal where it belongs – as a music genre and not a pollutant in drinking water.”

The research is described in a paper that was recently published in the Chemical Engineering Journal.