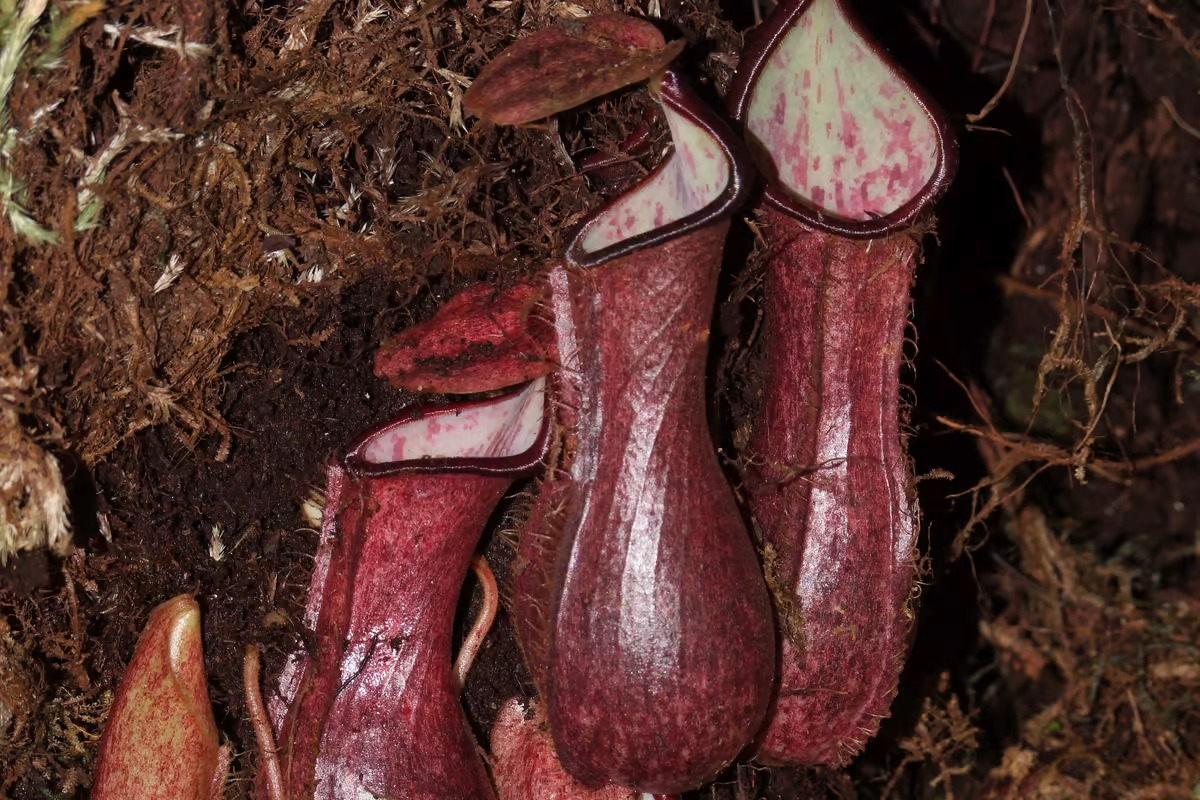 Some of Nepenthes pudica’s subterranean pitchers, unearthed by the researchers.  Martin Dančák

2022 Jun 29
–
Carnivorous plants are already quite fascinating, but a newly discovered one ratchets up the weirdness factor even further. It’s a type of pitcher plant, and it captures prey that lives underground.

Ordinarily, pitcher plants lure and catch insects via modified leaves that grow above the ground. These vertically oriented pitcher-shaped appendages are roughly cylindrical, with an open top and an enclosed bottom.

Insects such as flies are initially drawn in by attractive pigments or nectar, but then slip on the slick rim of the pitcher when they land on it. They proceed to fall to the bottom of the pitcher, where they drown in a pool of collected water. Their bodies then dissolve and are digested by the plant.

In 2012 an international group of scientists spotted pitcher plants in one region of Borneo, which initially appeared to completely lack pitchers.

Upon further investigation, however, the researchers found that the plants had underground shoots that supported subterranean pitchers. Growing either in underground cavities or directly into the soil, the pitchers measured up to 11 cm long (4.3 in), and were capturing soil-dwelling prey such as ants, mites and beetles.

The plants have now been classified as a unique species of pitcher plant, named Nepenthes pudica – the latter part of the moniker is derived from the latin word pudicus, which means “bashful.”

It is believed that the plants evolved the underground pitchers in response to their high-altitude dry ridge-top habitat, where water is scarce and above-ground insects are often in short supply. “We hypothesize that underground cavities have more stable environmental conditions, including humidity, and there is presumably also more potential prey during dry periods,” said team member Michal Golos, a PhD student at the University of Bristol.

A paper on the research – which was led by Prof. Martin Dančák of Palacký University Olomouc in the Czech Republic – was recently published in the journal PhytoKeys.