On Monday, the supreme court justice issued a worrying signal about his commitment to maintaining press freedoms. 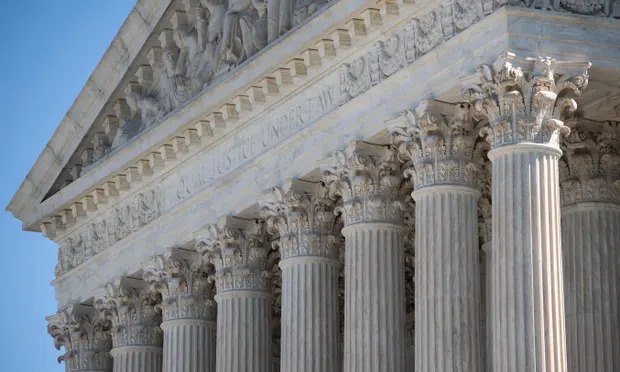 ‘Thomas asserted that ‘New York Times and its progeny have allowed media organizations and interest groups ‘to cast false aspersions on public figures with near impunity.’ Photograph: Saul Loeb/AFP/Getty Images
–

Last modified on 2022 Jun 29
–
On Monday, tucked away in a busy news cycle, was a quiet, subtle, but no less terrifying judicial development. US supreme court justice Clarence Thomas laid out the formula for destroying the free press.

Thomas dissented to denial of certiorari in Coal Ridge Ministries Media v Southern Poverty Law Center with an opinion giving us more than a hint of precisely what he has in store. Freedom of the press has a rightwing target on its back. Thomas wrote that the court should “revisit” the landmark free press case of the 20th century, New York Times v Sullivan.

“Revisit” is judicial talk for “overrule”.

Thomas asserted that “New York Times and its progeny have allowed media organizations and interest groups ‘to cast false aspersions on public figures with near impunity’.” He offered no evidence and made no argument in defense of his claim that the existing burdens on those who sue for defamation are indeed excessive, given the competing interests at stake.

Make no mistake. Overruling Times v Sullivan to make it much easier for public figures to sue their critics would strangle the media’s ability to report freely and speak critically about public figures, especially elected officials.

L B Sullivan was a city police commissioner in Montgomery, Alabama, who sued the Times and 60 eminent Americans over a full-page 1960 ad they had placed to raise money for Martin Luther King Jr’s budding civil rights movement. The ad called police actions against nonviolent protestors in Montgomery “an unprecedented wave of terror”.

That perspective wasn’t shared by all, but the ad was spot on in terms of accuracy except for some relatively immaterial factual errors. In the end, the court unanimously tossed out a $500,000 verdict against the Times on the grounds that a public official, to prove libel, must show that a publisher acted with knowledge that its statement was factually false or made with reckless disregard for the truth – what the law calls the “actual malice” standard.

The court wrote of America’s “profound national commitment to the principle that debate on public issues should be uninhibited, robust, and wide-open”. Such debate, the court reasoned, requires “breathing room” for mistakes. Otherwise, the threat of defamation actions would chill robust public debate.

The chill is real. Imagine if, to terrify critics, political figures such as Donald Trump could weaponize the negligence standard Thomas would have the court install in place of the higher barrier that “actual malice” represents.

There is so much of great importance that we might never have learned. Case in point: the meager amount of factual material that would have been published about 6 January under the chill that a Thomas standard would generate might not have sufficed for the special House committee or the justice department to pursue an investigation of Trump’s role in the insurrection or of his role in the attempted coup of which the insurrection was a part.

Think of Cassidy Hutchinson as today’s Alexander Butterfield, the Nixon aide who told the 1973 congressional select committee on Watergate of the existence of White House tape recordings that brought Nixon down. That might never have happened but for the freedom of the press made real by New York Times v Sullivan nearly a decade earlier.

If you need to pull one small thread from the now multi-layered evidentiary embroidery of the Trump saga that the current hearings are disclosing, consider this: two days after the insurrection, the media published reports that Trump was “gleeful” and “delighted” at the 6 January violence, a critical strand of criminal intent evidence should he be prosecuted for insurrection. The information came from White House insiders. Would they have shared it had there not been a significant legal deterrent to Trump falsely suing them for slander – New York Times v Sullivan?

We may never know those who were the sources. But today, a brave 25-year-old woman – far more courageous than her former boss, Mark Meadows – told us under oath that the glee was real. She testified that Trump said after hearing of the “hang Mike Pence” by Capitol invaders, that “Mike deserves it.”

She was in the room where it happened.

The history of 20th century totalitarianism tells us that to rule absolutely, strongmen need to destroy the press to keep truth from the public. Thomas’ dissent is effectively inviting litigants like Sarah Palin, who is appealing her loss, to help him pave that road to American carnage.

Thomas’ signal is a warning. There is comfort in the fact that he signed his dissent alone and in the prospect that a people alert to dangerous signs can keep their republic if they keep up their guard.