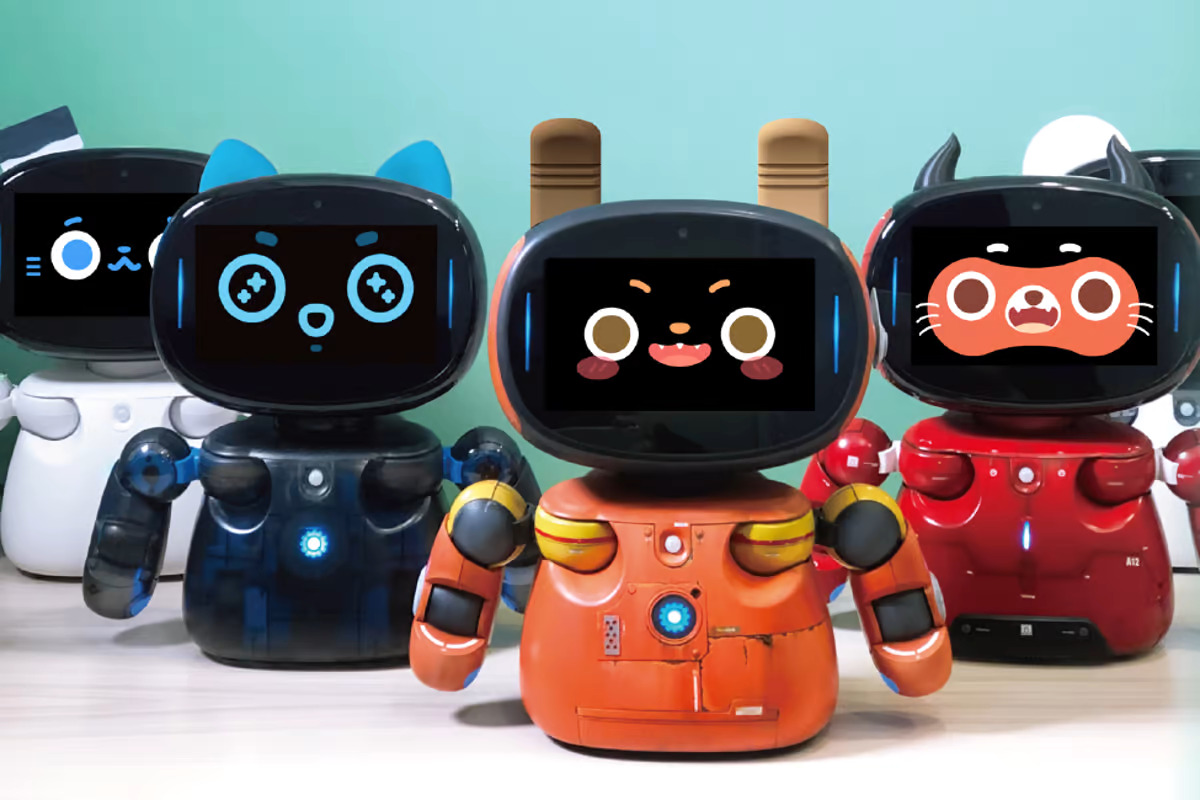 The RobotCreator DX is currently the subject of a Kickstarter campaign.  NUWA Robotics
–
By Paul Ridden
2022 Jul 07
–
Building a robot from the ground up and then getting it to do exactly what you want it to can be a serious head-scratcher. Taiwan’s NUWA Robotics is looking to make things simpler with a cute little robot companion called the RobotCreator DX, plus an easy-to-use cloud-based programming platform.

The DX is currently crowdfunding on Kickstarter. It comes in build-it-yourself kit form, and is made up of over a hundred components – including a dozen servos, six microphones and a speaker unit, a bunch of sensors, and a 7-inch LCD display in the head module – along with the tools needed to put it all together via online guides and videos. Optional badges, shields and other accessories are available to trick out the bot, too.

Roboticists then need to head online and access a cloud-based interface called the RoFlow Workflow to program the desktop bot and have it respond to voice commands, serve up interactive games, host video chats, and so on.

No prior coding knowledge is needed, as users simply populate or move around command modules and triggers within a visual interface to create routines for the robot to follow. Basic operations are free, but folks will need to subscribe to a Plus plan to unlock more advanced feature sets.

For folks who do want to get their coding hands at least a little dirty, NUWA has cooked the block-based CodeLab tool into the device itself or it can be accessed from a computer or mobile device – which features standard programming blocks, as well as blocks for sound/motion/lighting/expression and blocks for Artificial Intelligence of Things programming via the MQTT publish-subscribe, machine-to-machine network protocol, Google Teachable Machine and AI Training School for “cross-device control and connection.”

The little bot can be taught to interact with users via physical motions, onscreen images and videos or voice chats via the Trainkit chatbot dialog design tool. A timeline-based content editor is available as well, for programming the robot to move and express itself, while a Skin Editor allows for the creation of dynamic facial expressions using included templates or via Photoshop/Illustrator.

DX programmers can also share code, design, games and other resources with fellow users around the globe over NUWA’s MakerBase platform.

NUWA Robotics has launched the RobotCreator DX on Kickstarter to bring the project to production. Pledges start at US$599 and, if all goes to plan on the already funded campaign, shipping is estimated to start in October.

Paul Ridden
While Paul is loath to reveal his age, he will admit to cutting his IT teeth on a TRS-80 (although he won’t say which version). An obsessive fascination with computer technology blossomed from hobby into career before hopping over to France for 10 years, where he started work for New Atlas in 2009. Now back in his native Blighty, he serves as Managing Editor in Europe.
–
–

It looks kind of creepy to me. Those eyebrows look angry.
–