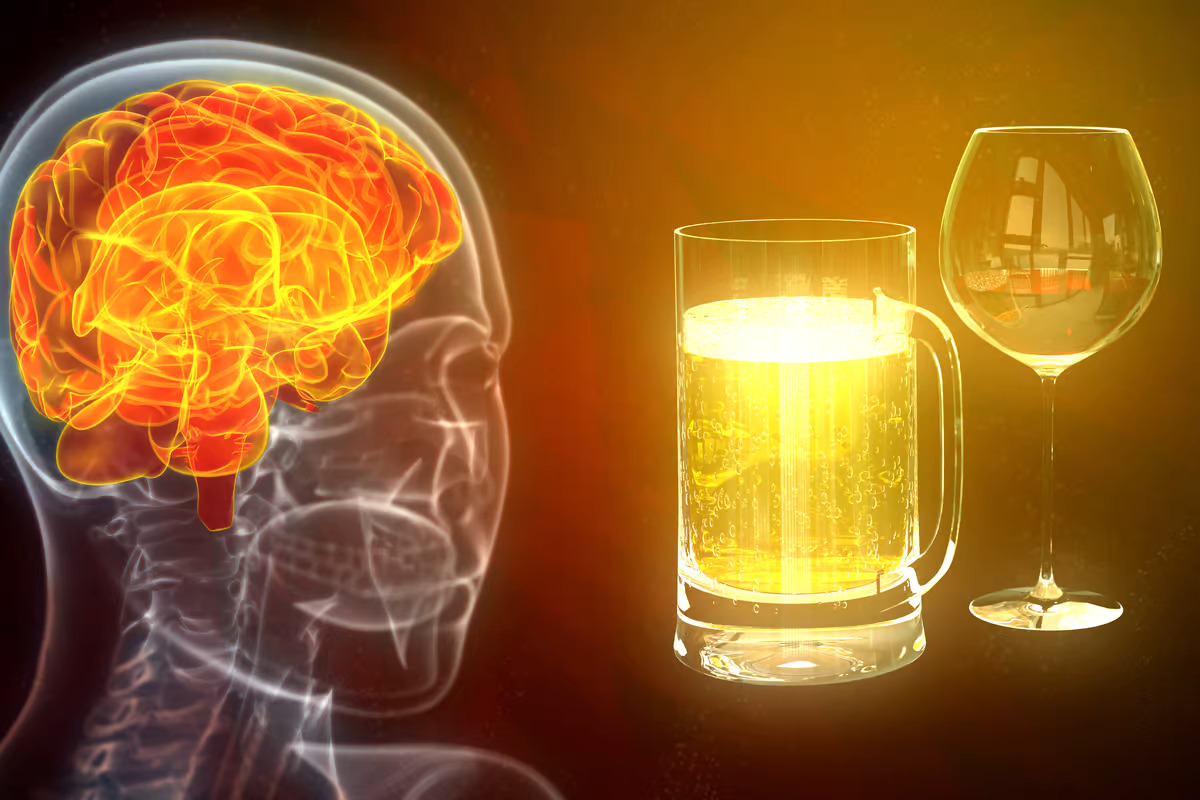 Rich Haridy
2022 Jul 14
–
A striking study looking at over 20,000 people in the United Kingdom has found as little as four standard alcoholic drinks a week can be linked to brain changes associated with cognitive decline. The research is the first to directly correlate increased brain iron levels with moderate alcohol consumption.

It is probably no newsflash to suggest alcohol isn’t exactly great for your health, but exactly how bad it is for you has never been entirely clear. Over the last few years several studies have begun to shed light on the detrimental effects of alcohol, from raising one’s risk of cancer to causing structural damage to the brain.

This new research homed in on the effects of alcohol on the brain. Following on from prior studies that linked alcohol use to early-onset dementia this investigation set out to understand exactly how alcohol could contribute to cognitive decline.

The hypothesis driving the research arose from studies associating high brain iron levels with neurodegenerative diseases such as Alzheimer’s and Parkinson’s. Abnormal accumulations of iron in the brain have been detected in the brains of heavy alcohol drinkers, so this study wanted to know if the association could also be found in moderate drinkers.

Data was analyzed from more than 20,000 subjects enrolled in the UK Biobank. Self-reported alcohol consumption was correlated with brain iron levels measured using magnetic resonance imaging (MRI). Increased levels of brain iron, particularly in the basal ganglia, were associated with consumption of more than seven units of alcohol per week.

Cognitive measures were also recorded in the UK Biobank study revealing “slower executive function, lower fluid intelligence, and slower reaction times” could be linked with high basal ganglia iron levels. Anya Topiwala, an author on the study from the University of Oxford, said these findings offer a potential mechanism to connect alcohol consumption to cognitive decline.

One unit of alcohol is defined here as 10 milliliters of pure alcohol. A big glass of wine, for example, could be anywhere from two to three units of alcohol, while a regular can of beer can contain between 1.5 and two units of alcohol.

So how is alcohol consumption increasing levels of iron in the brain? That’s a question future studies will need to explore, but the researchers do lay out a strong hypothesis as to what could be going on.

Alongside these higher systemic iron levels, alcohol also has been shown to reduce thiamine levels. And alcohol-induced thiamine deficiency has been found to break down the permeability of the blood-brain barrier. This may be one way alcohol can increase brain iron levels.

“… so if elevated brain iron is confirmed as a mechanism by which alcohol leads to cognitive decline, there are opportunities for intervention on a population scale,” the new study concluded. “If reduced thiamine is mediating brain iron accumulation, then interventions to improve nutrition and thiamine supplementation could be extended beyond harmful and dependent drinkers, as is currently recommended.”

The new study was published in PLOS Medicine.
–
–

Rich Haridy
With interests in film, new media, and the new wave of psychedelic science, Rich has written for a number of online and print publications over the last decade and was Chair of the Australian Film Critics Association from 2013-2015. Since joining New Atlas Rich’s interests have broadened to encompass the era-defining effects of new technology on culture and life in the 21st century.
–
–
2 comments
Sign in to post a comment.
Please keep comments to less than 150 words. No abusive material or spam will be published.
Ornery Johnson – 2022 Jul 15 – 07:42 AM
I did cancer research for over 15 years and published a number of papers. While PLOS is generally a reputable journal, this particular paper far overstates their results and appears to have been rewarded with publication based more upon the amount of work that was done.
A quick look at the findings shows that most associations were “weak” and didn’t stand up to rigorous statistical (multivariate regression) analysis. I’m not ruling out an association between alcohol and risk of dementia, I’m just saying that this particular paper doesn’t convincingly show any direct association for light drinkers.

Most, but not all, multi-vitamin supplements contain iron. Should beer and wine drinkers seek out non-iron multi vitamins? And reduce consumption of raisins, spinach, kale and other high-iron foods, and skip using cast-iron skillets? Did the study say anything about those precautions? Or will a followup study do that? The Bar Rescue guy, John Taffer, on whose TV show he teaches bar owners how to get customer[s] to drink more, should be interviewed for publicity about this. He also isn’t interested in informing his clients that bergamottin, the active ingredient in grapefruit juice, can cause serious liver damage for people taking certain statins. Grapefruit juice is a common mixer ingredient.
–