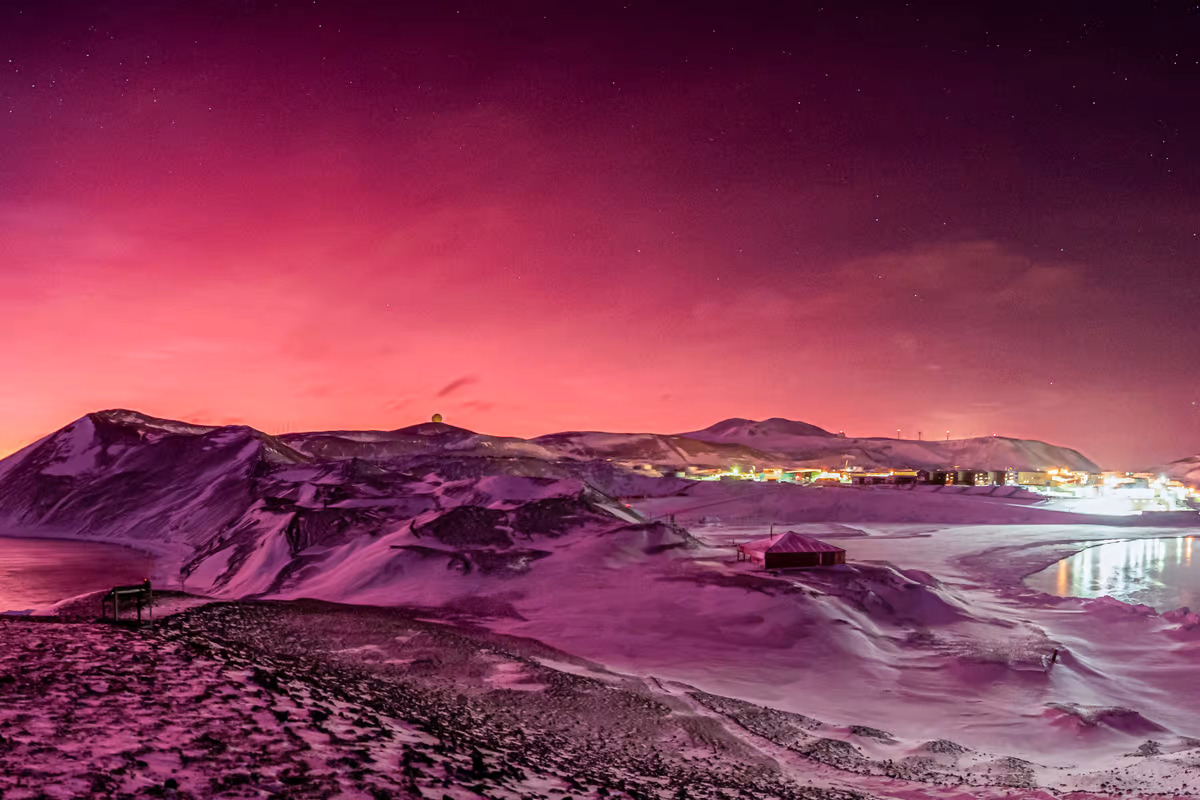 Looking from Antarctica’s Scott Base towards Antarctica’s McMurdo Station.  Stuart Shaw/Fly On the Wall Images

The eruption behind the incredible imagery actually took place in Tonga in January. Signs of the so-called afterglow effect began to appear over New Zealand over the past couple of months, created by remnant aerosols made mostly of sulphate particles. As the eruption came from an underwater volcano, scientists believe water vapor droplets also contribute to the breathtaking hues coloring the skies.

Stationed at Scott Base for the Antarctica New Zealand research agency, Shaw had read about the incredible skies appearing back home. When the sky over Antarctica began to bear a similar look, Shaw knew the same afterglow effect was at play.

“Usually in mid-winter, Antarctica is nearly continuously dark, except for a slight ‘nautical twilight’ at around midday which means the horizon is faintly visible in good conditions,” Shaw said. “But this year, we were presented with quite a show, which had most of the station personnel grabbing jackets and running outside with their cameras to look at the awesome colors. Believe it or not, I haven’t edited these shots either, they are pretty much as we saw it. It’s incredible.”

Data from New Zealand’s National Institute of Water and Atmospheric Research shows an abundance of aerosols in the atmosphere over Antarctica that weren’t there prior to the eruption. These aerosols can circle the globe for months after an eruption, scattering and bending light to create the incredible shades of pink, blue and purple seen in the images.

“Nature never fails to put on a show in Antarctica, and it can be beautiful or destructive,” said Antarctica New Zealand’s Chief Science Advisor Jordy Hendrikx. “These photographs capture the awe it inspires, and how connected our planet is. Antarctica is some 5,000 km (3,100 miles) from New Zealand, some 7,000 km (4,300 miles) from Tonga, but we share our skies.”