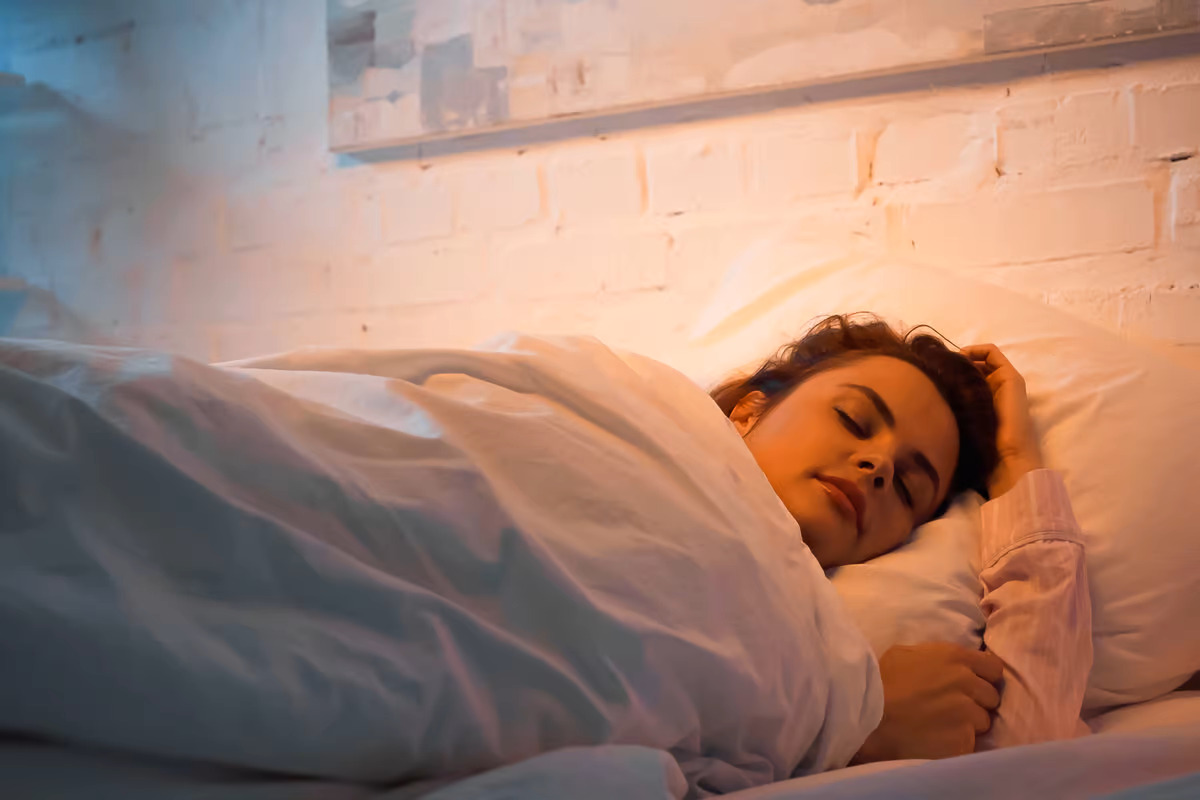 A new study has furthered our understanding of the relationship between sleep, stress and memory.  Depositphotos
–
By Nick Lavars

“You may think that sleep is a constant state that you are in, and then you wake up. But there is a lot more to sleep than meets the eye,” explains Assistant Professor Celia Kjærby from the University of Copenhagen. “We have learned that noradrenaline causes you to wake up more than 100 times a night. And that is during perfectly normal sleep.”

Kjærby and her colleagues made this discovery through experiments on mice. Optical fibers attached to LEDs and genetically-engineered light receptors were inserted into the brains of the rodents, which enabled levels of noradrenaline to be tracked as they slept. This neurotransmitter is associated with stress, adrenaline and our ability to focus. Previous research has implicated the noradrenaline system in the relationship between breathing-based meditation and cognitive function and raised the prospect of leveraging it in next-generation treatments for ADHD

Prior studies have also suggested that noradrenaline is inactive during sleep. But by monitoring its levels in sleeping mice, the scientists have found that to be far from the case. And because the study focused on the same biological mechanisms shared by all mammals, the scientists say the observations translate to humans “in all probability.”

Noradrenaline concentrations were seen increasing and decreasing in waves during sleep. The scientists observed a clear relationship between noradrenaline levels and the degree of wakefulness, which is constantly shifting throughout the night. Low levels corresponded with a sleeping state, and when levels peaked, the brain would briefly awaken.

“Neurologically, you do wake up, because your brain activity during these very brief moments is the same as when you are awake,” said second author of the study, Mie Andersen. “But the moment is so brief that the sleeper will not notice.”

In further experiments, the scientists used implants to actually manipulate the amplitude of the noradrenaline waves. In doing so, they were able to show that mice with the highest number of deep noradrenaline valleys performed best in memory tests. These involved having the mice sniff objects, go to sleep, and then return to them to see what they remembered.

“The mice developed ‘super memory,’ said Kjærby. “They had less trouble remembering things they had learned the previous day. Of course, this suggests that the noradrenaline dynamic strengthens the sleep processes which affect our memory.”

Some antidepressants will actually increase levels of noradrenaline, which the scientists point out could impact on our memory in light of these new findings. This suggests the development of alternative drugs could be a healthier path forward in treating depression. More broadly, the study sheds important new light on the benefits of sleep when it comes to memory.

“We have found the essence for the part of sleep that makes us wake up rested and which enables us to remember what we learned the day before,” said Maiken Nedergaard, who led the study. ‘We have found that the refreshing part of sleep is driven by waves of noradrenaline. The very short awakenings are created by waves of norepinephrine, which are also so important for memory. You could say that the short awakenings reset the brain so that it is ready to store memory when you dive back into sleep.”

The research was published in the journal Nature Neuroscience.

Nick Lavars
Nick has been writing and editing at New Atlas for over six years, where he has covered everything from distant space probes to self-driving cars to oddball animal science. He previously spent time at The Conversation, Mashable and The Santiago Times, earning a Masters degree in communications from Melbourne’s RMIT University along the way.
–
–
2 comments
Sign in to post a comment.
Please keep comments to less than 150 words. No abusive material or spam will be published.
Capt_Ahab84 – 2022 Jul 15 – 04:45 AM
When I was on Paxil, I would tell my doctor that I would just sit up in the middle of the night, every night, for no reason at all. It was almost like a reflex. The doctor just sat there listening to me but I could tell they thought I was exaggerating. I had to stop taking it because I would never wake up refreshed and feel tired all the time. This article just confirmed that it wasn’t just all in my head as researchers now see that some antidepressants can affect noradrenaline levels in the brain during sleep.
Colt12 – 2022 Jul 15 – 08:16 AM
Mice are animals with instinct for fight or flight. Not the same as humans.
–
–