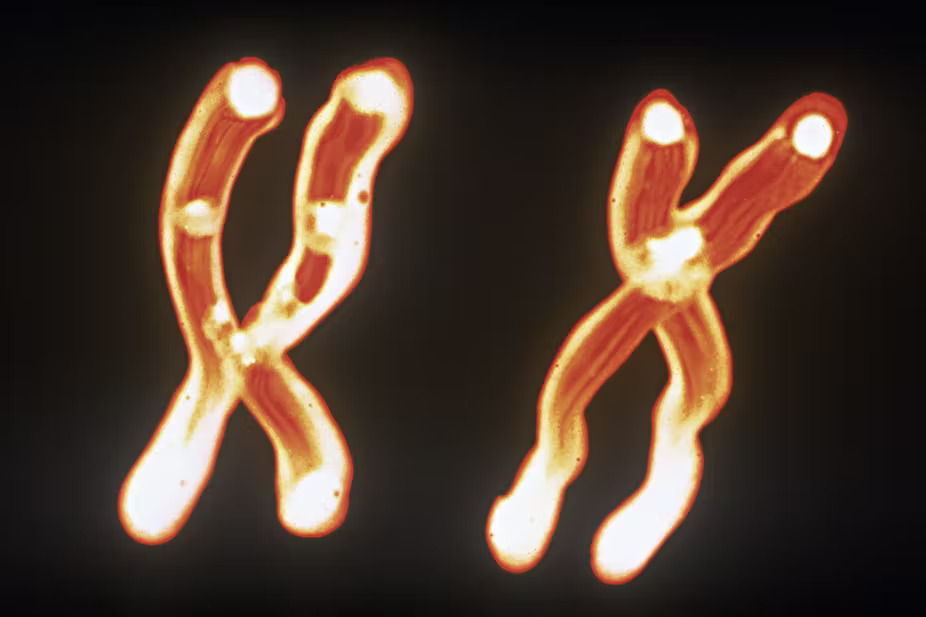 Chromosomes change over time, whether through the process of aging or exposure to harmful substances in the environment. Steven Puetzer/The Image Bank
–

By Kenneth Walsh, Professor of Internal Medicine, University of Virginia

The Y chromosome can be lost through the process of aging, and this can lead to an increased risk of heart failure and cardiovascular disease, according to a recent study my colleagues and I published in the journal Science.

While most women have two X chromosomes, most men have one X and one Y. And many people with Y chromosomes start to lose them in a fraction of the cells in their body as they age.

While loss of the Y chromosome was first observed in 1963, it was not until 2014 that researchers found an association between loss of the Y chromosome and shorter life span. Y chromosome loss has since been linked to a number of age-related diseases, such as cancer and Alzheimer’s disease. However, it has been unknown whether this loss is just another benign indicator of aging, like gray hair or skin wrinkles, or whether it has a direct role in promoting disease.

My colleagues and I wanted to figure out if Y chromosome loss directly causes disease and, if so, how. Historically, the Y chromosome has been difficult to study because much of its genetic material is repetitive – it’s easy to get “lost” trying to decipher the sequence.

We found that while loss of the Y chromosome did not have immediate effects on the young mice, they ended up aging poorly, dying at an earlier age than mice that still had Y chromosomes. They also had more buildup of scar tissue in the heart, a condition called fibrosis, as well as a stronger decline in heart function after induced heart failure. Treating the mice with a drug that blocks heart scarring, however, was able to restore lost heart function.

We then evaluated the effects of Y chromosome loss in people. We analyzed data from the U.K. Biobank, a large database of medical and genetic data from 500,000 participants in the U.K. We found that men who had lost their Y chromosomes in over 40% of their white blood cells had a 31% increased risk of dying from cardiovascular disease compared with men who hadn’t lost their Y chromosomes, including a two- to threefold increased risk of dying from congestive heart failure or heart disease. In other words, those with the greatest Y chromosome loss had the greatest risk of death from cardiovascular disease.

Men are reported to have shorter life spans than women in many countries. In industrialized countries like the U.S., this is typically a difference of five years. While social, behavioral and other genetic factors may also be at play, they don’t entirely account for the differences in life span.

Our work shows that loss of the Y chromosome can directly contribute to age-related diseases like heart disease through tissue scarring. We believe that a better understanding of how the Y chromosome may contribute to age-related diseases, and potentially the process of aging itself, could lead to ways to screen and prevent excessive tissue scarring that can lead to cardiovascular disease.

While our study primarily focused on the heart, we also found that mice with Y chromosome loss also had scarring in their kidneys and lungs as well as accelerated cognitive impairment as they aged. Further research can help clarify the role of Y chromosome loss in diseases affecting other parts of the body.

We are currently searching for specific genes that are lost with the Y chromosome that may be responsible for the disease-causing effects of Y chromosome loss. This information can help us better analyze exactly how loss of the Y chromosome can lead to disease and aid in the development of treatments for it.

Kenneth Walsh receives funding from the National Institutes of Health and the National Aeronautics and Space Administration.

University of Virginia provides funding as a member of The Conversation US.

Write an article and join a growing community of more than 149,400 academics and researchers from 4,427 institutions.