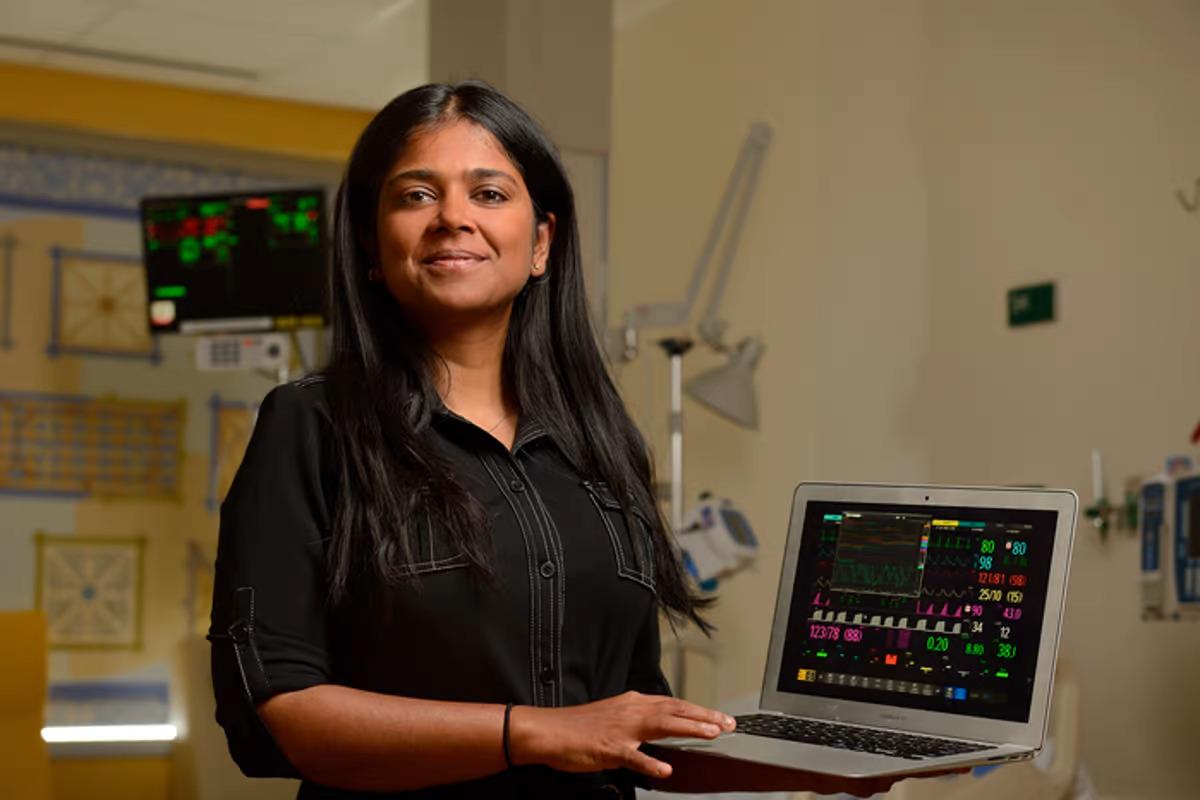 –
By Nick Lavars
2022 Jul 21
–
Infections can trigger all kinds of reactions in the human body, and one of the most extreme is sepsis. This life-threatening complication causes more than 250,000 deaths in the US each year, but a new artificial intelligence system developed at Johns Hopkins University promises to make a real difference in this area, by catching key symptoms early on.
–

Sepsis occurs as a result of an infection that triggers a severe immune response in the body. This kicks off a sequence of events that begins with widespread inflammation and can end in blood clots, leaky blood vessels, organ failure or death. The obvious symptoms like fever or confusion can be misinterpreted as symptoms of other conditions, which makes diagnosing the condition difficult in its early stages.

And this is critical, as a patient experiencing sepsis can deteriorate quickly, with the condition killing around 30% of those who develop it. We’ve seen a few promising technologies aimed at improving the odds in these situations by detecting sepsis clearly and quickly. These include devices that pick up key biomarkers in the blood within minutes and tools to promptly spot the pathogens behind the initial infection.

The Johns Hopkins team has taken a different approach, looking to leverage advanced artificial intelligence to identify patients at risk. It does this by analyzing a patient’s medical history and combining that with current symptoms, clinical notes and lab results. Called the Targeted Real-Time Early Warning System, the AI tracks patients from the moment they are admitted to hospital until the moment they are discharged. By monitoring them in this way, the system is designed to ensure no important, or potentially dangerous, medical details fall through the cracks.

Developed and deployed in collaboration with Johns Hopkins spinoff Bayesian Health, the tool was put to use across five hospitals as part of a two-year trial, involving more than 700,000 patients. In this bedside context, the early warning system is designed to send alerts to physicians and healthcare providers when there is cause for concern. According to the researchers, the system proved very effective, leading to the detection of sepsis on average almost six hours earlier than traditional methods, with a sensitivity rate of 82%. It also fostered a high rate of adoption among healthcare providers of 89%.

The result was significant reductions in morbidity, the length of hospital stay and, most importantly, a reduction in mortality of 18.2%.

“There aren’t many things left in medicine that have a 30% mortality rate like sepsis,” said Neri Cohen, MD, PhD, President of The Center for Healthcare Innovation who collaborated with the researchers. “What makes it so vexing, is that it is relatively common and we still have made very little progress in recognizing it early enough to materially reduce the morbidity and mortality. To reduce mortality by nearly 20% is remarkable and translates to many lives saved.”

The researchers are also adapting the bedside technology to detect other conditions, such as bedsores or acute respiratory failure.

“It is the first instance where AI is implemented at the bedside, used by thousands of providers, and where we’re seeing lives saved,” said Suchi Saria, lead author of the studies. “This is an extraordinary leap that will save thousands of sepsis patients annually. And the approach is now being applied to improve outcomes in other important problem areas beyond sepsis.”

The research was published across a trio of papers in Nature Digital Medicine and Nature Medicine [1], [2.]