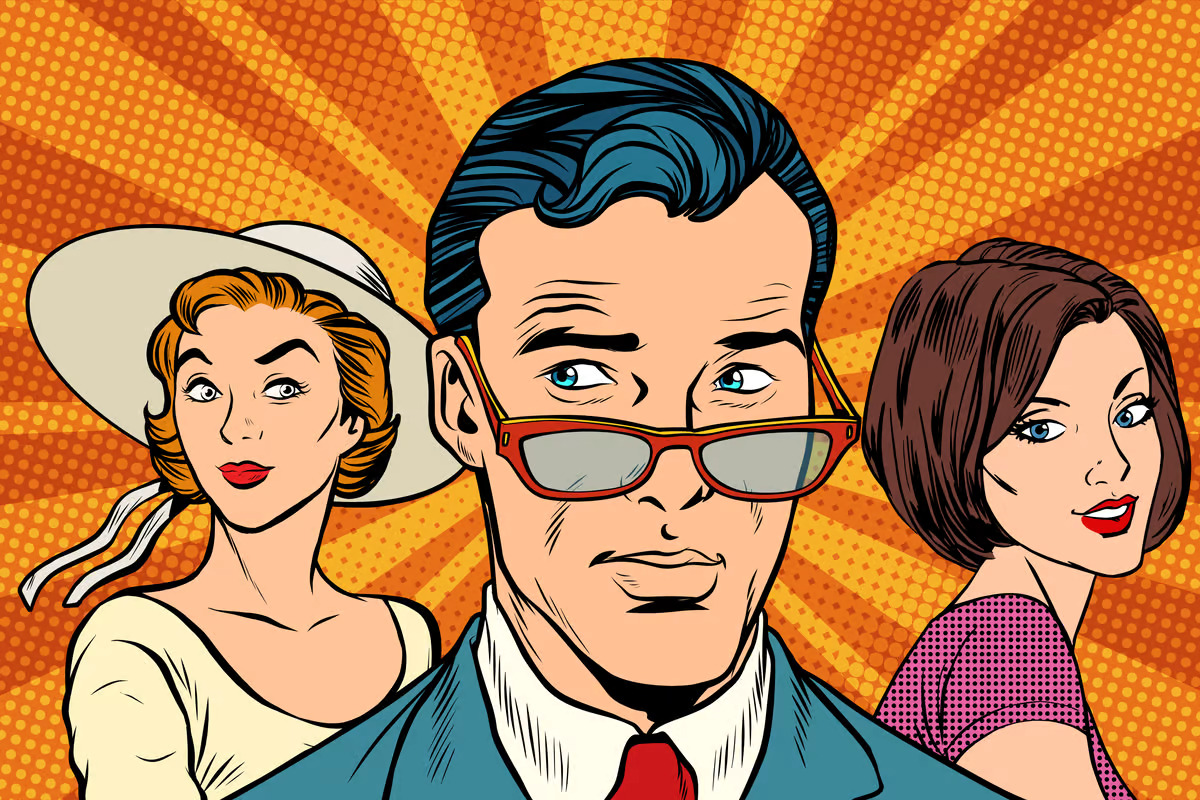 A new study is strikingly suggesting infection with a certain kind of parasite may make its host more attractive to prospective mates.  Depositphotos
–

An extraordinary new study suggest that scenario may actually be playing out with one of the most common parasites in the world, Toxoplasma gondii (T.gondii), which potentially manipulates its human host’s appearance to be more sexually attractive.

Javier Borráz-León, from the University of Turku, has long been amazed at the way parasites have been found to influence host behavior as a way of moving to a new host. T.gondii in particular has been subject to a large volume of prior study, with researchers finding the parasite can, for example, make an animal host attracted to the smell of urine from predator cats. This leads the host to engage in risky behavior, increasing the likelihood of it being eaten by a predator cat, thus allowing the parasite a way of reaching its optimal host.

“… it is well known that Toxoplasma gondii needs to reach its definitive host (usually a domestic cat or other member of the Felidae family) to reproduce sexually,” Borráz-León explained to New Atlas. “And one effective way to do it would be by manipulating host’s behavior such as it has been described for the ‘fatal attraction phenomenon’ in which Toxoplasma infection blocks the innate aversion of rats for cat urine, increasing the likelihood of a cat predating an infected rat (similar results have also been observed for infected chimpanzees, hyenas, and humans).”

And just as parasites may influence host behaviors to further transmission, animals tend to avoid mating with other animals that seem sickly. One researcher dubbed it the “contagion indicator hypothesis,” suggesting females will naturally avoid mating with parasitically-infected males as a way of avoiding their future offspring being infected.

So to avoid this kind of problem some parasites may have evolved counterstrategies to manipulate its host’s appearance. This can be as simple as being able to live in its host asymptomatically, avoiding generating any of the key visible features of a parasitic infection. But a compelling 2011 study took the hypothesis one step further and suggested T.gondii infection in male rats actually enhanced their attractiveness to female rats.

“… [it’s] plausible to think that Toxoplasma gondii may produce some phenotypic changes to increase its host’s attractiveness which, at the same time, would increase the transmission-related benefits for the parasite,” said Borráz-León. “In fact, it has been observed that male rats that have been experimentally infected with Toxoplasma gondii, have some changes in their testosterone levels, and are also more sexually attractive and preferred as sexual partners by non-infected females, which supports our evolutionary interpretation of the results.”

So Borráz-León was left with a major question: If this parasite is manipulating physiological characteristics and behaviors in rodent hosts to help complete its life-cycle, could it be doing similar things in human hosts?

On first glance the hypothesis is pretty out there. But Borráz-León does point to a reasonable body of evidence suggesting T.gondii infections in humans do seem to influence a number of traits. Several studies have found T.gondii infections in males correlate with higher testosterone levels when compared to non-infected males.

A more recent study found people infected with T.gondii were more likely to engage in risky entrepreneurial behavior. It seemed like those harboring the parasite had a lower “fear of failure” in regards to bold new business ventures. While of course it’s obviously not beneficial for a parasite to help humans in their economic ventures, the idea that the parasite may be doing something to its host that makes the host less averse to risky behavior could also lead to more sexually promiscuous behavior. And this could certainly be helpful for a parasite that recently has been suspected of being able to move to new human hosts through sexual activity.

The first stage of the new study investigated a variety of physiological and behavioral differences between infected and uninfected people. This included self-reported measures of attractiveness, numbers of sexual partners, facial symmetry and body mass index.

One of the bigger surprises for Borráz-León was the finding of more parasite-related phenotype differences in women than men. This was unexpected, as most prior research into the influence of T.gondii infections had found greater hormonal and behavioral differences in men.

The second part of the study recruited around 200 subjects to look at a bunch of photos of either infected or uninfected people and rate their perceived attractiveness and health. Regardless of sex, those participants with T.gondii infections were consistently rated to be healthier and more attractive than the uninfected subjects.

Of course, if you have read this far you likely have a load of questions racing through your mind, such as how could a parasite really be making a person more attractive? The “how” question in particular is a challenging one for Borráz-León, as research is pretty limited on the ways parasites can manipulate their host’s physiology.

“… experimental evidence in rodents have shown that these effects may be mediated by brain neurotransmitters and sex and stress hormones and their impact on the brain,” noted Borráz-León. “For example, it has been shown that Toxoplasma gondii can directly enhance brain serotoninergic and dopaminergic activity in its hosts through alterations in gene expression. Moreover, there is evidence suggesting that this parasite can enhance RNA expression of luteinizing hormone receptor, which modulates the synthesis of testosterone. Thus, it is feasible to suggest that the behavioral and physical changes observed in Toxoplasma-infected subjects, including human beings, could be linked to the effects of this parasite on the brain architecture as well as in the synthesis and regulation of neurotransmitters and steroid hormones.”

All of this is heavy speculation right now, but beyond any explanation of how these parasites could be altering the way we look is an even larger question surrounding what fundamentally makes us attractive to a mate. Physical attractiveness in humans is inarguably heavily influenced by cultural factors, so from one perspective it seems insane to even consider the possibility of a parasite being able to alter physical characteristics of a human host.

Again, Borráz-León is fascinated by the question, and the implications of what his research could be alluding to. Has this parasite homed in on certain “universal” characteristics of human attractiveness?

“This is a very good question!” responded Borráz-León. “Although mate preferences may fluctuate according to variation in socioecological conditions, there is evidence suggesting that some phenotypic traits are ‘universally’ attractive, which is the case of facial symmetry, which was in fact higher for Toxoplasma-infected subjects. Moreover, the fact that in our study Toxoplasma-infected subjects were rated as more attractive and healthier by subjects from different countries (i.e., Finland, England, France, and México) supports the hypothesis suggesting that some of the changes caused by this parasite may be seen as ‘universally’ attractive.”

The findings from this new study are just the beginning for Borráz-León. He is already planning several new investigations to home in on specific physiological characteristics of T.gondii infections. How can it influence neurotransmitters and hormones? And can the parasite actually alter human sexual behaviors?

It’s estimated half of the worlds population is infected with T.gondii. So odds are someone reading this article right now unknowingly harbors the parasite and maybe it’s influencing your behavior in subtle ways you could never notice. Could a parasite be making you seem more attractive to others? Maybe it’s pushing you to engage in slightly riskier behavior. Or there’s always the chance that those things are all you.

The new research was published in the journal PeerJ.
–
–

7 comments
Sign in to post a comment.
Please keep comments to less than 150 words. No abusive material or spam will be published.
Rkison – 2022 Aug 01 – 07:37 PM
Obviously getting sets of identical twins and then infecting only one to investigate the changes induced would be interesting.
Ranscapture – 2022 Aug 01 – 08:46 PM
So how do I get this parasite? Can you put a link?
Robert – 2022 Aug 02 – 12:04 AM
Huh? And how have they excluded more obvious explanation that sexually transmitted parasite is simply more likely to be found in people acting more promiscuously and people looking more attractive and therefore having more chances to get infected?
ArdisLille – 2022 Aug 02 – 08:39 AM
I see Robert’s “Huh?” and raise it with a “Duh!!” Come on, people.
paul314 – 2022 Aug 02 – 09:15 AM
When you have such a high level of infection in the population, it might make more sense to look at the kinds of traits that would lead someone to never become infected. They’d need a limited sex life and limited exposure to cats and cat-containing households. So maybe rather (as @Robert suggests) it’s not so much that the infected people get a higher sense of their own attractiveness and more risk-taking, as that people who are risk-averse and think they are relatively unattractive end up less likely to get infected.
guzmanchinky – 2022 Aug 02 – 12:51 PM
Time to lick some cats
Karmudjun – 2022 Aug 02 – 03:24 PM
Decent synopsis Rich, but wildly vague in your statistics. Given that some countries MAY have up to 60% infection rates, there was no mention of the North American estimation of infections rates. The latest study estimates the USA has about 11% infected with toxoplasma gondii. The latest CDC paper on it was updated in 2018 – and no where in the paper did it discuss sexual transmission of T. gondii from human to human via any sexual route.
Possibly there is a change in the gut biome with a T.gondii human infection & with happier neurotransmitters (and less inhibitions – riskier bahavior – there may be more sex without a control to establish all this conjecture, where is the real data?
I would hate to have had to write this article – you did a great job by the way – but it is so vague in the numbers and speculation in the mechanisms of action that I doubt it will be a study researchers can duplicate. In this circumstance, I’d like to be proven wrong and see this study replicated and published in a peer reviewed journal.
–
–
Tweet