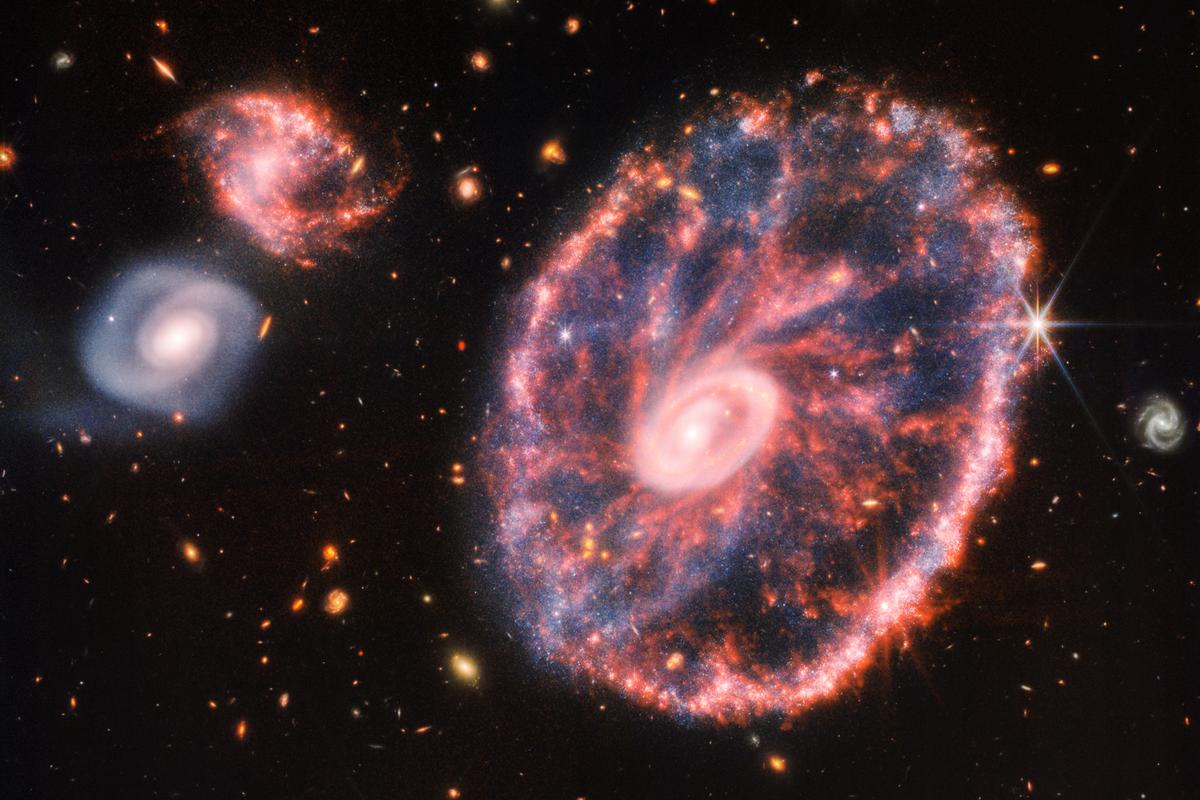 The Cartwheel Galaxy lies in the Sculptor constellation around 500 million light years away, and is the product of a violent galactic collision involving a large spiral galaxy and a smaller one (which is no longer in our field of view). As the smaller galaxy passed through, it generated shockwaves that swept up gas and dust and created a a ripple effect, much like plonking a stone into the middle of a lake.

The outer ring is thought to be have been expanding for around 440 million years and is now 1.5 times the size of our own Milky Way. As it stretches outward, it crashes into surrounding gas to drive star formation and supernovas. The bright core making up the inner ring, meanwhile, is home to vast amounts of hot dust, with the brightest patches indicating gigantic clusters of young stars.

Altogether, this forms one of the most dramatic examples of a ring galaxy known to science. Webb’s predecessor, the Hubble Space Telescope, had previously imaged the Cartwheel Galaxy, but these observations had been plagued by the sheer amount of dust obscuring the view. See Hubble’s image below. 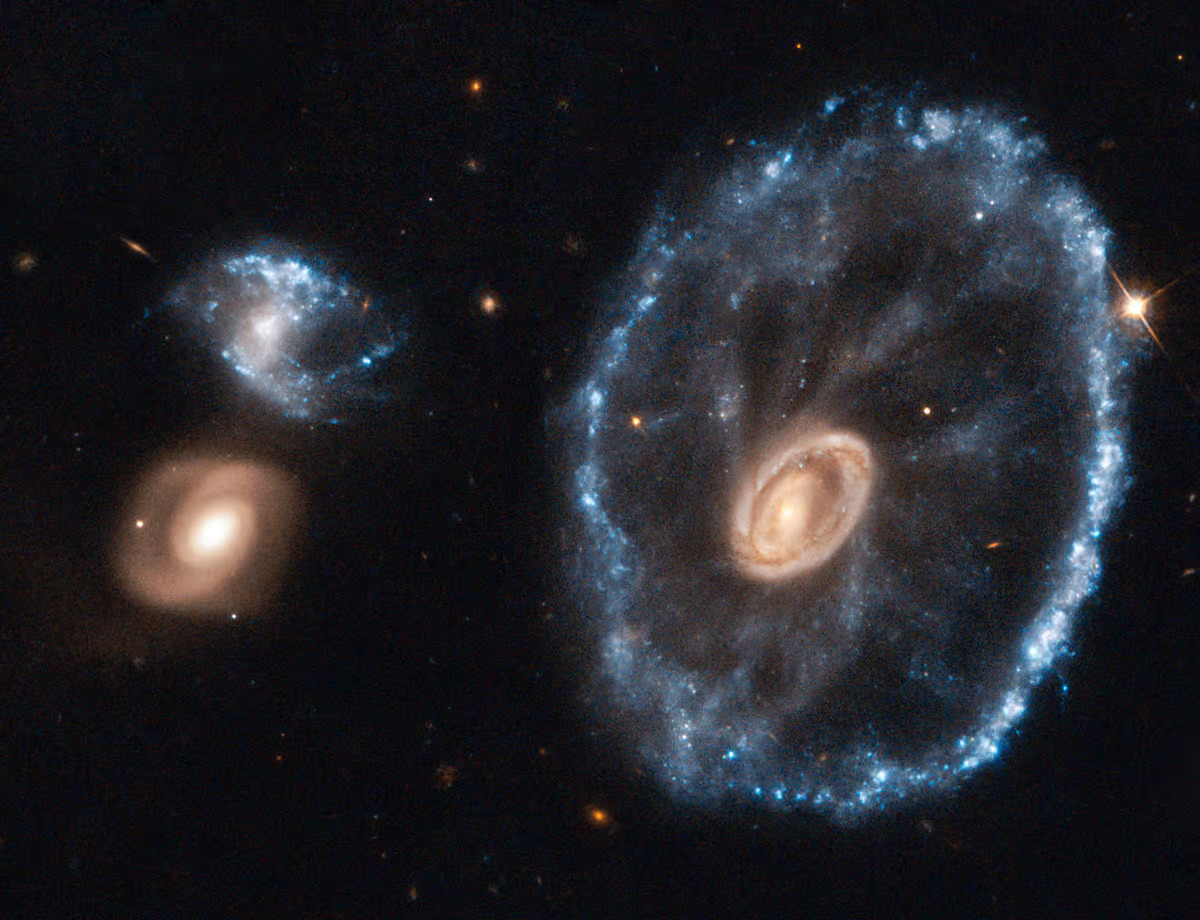 An image of the Cartwheel Galaxy taken with the Hubble Space Telescope.  ESA/Hubble & NASA

–
With its next-generation camera equipment, Webb has revealed the chaotic Cartwheel Galaxy in an entirely new light. The telescope’s primary imaging instrument, the Near-Infrared Camera (NIRCam), sees important wavelengths of light that reveal young stars forming in the outer ring which were previously obscured. The NIRCam data also reveals differences in the clumpy nature of these young stars and the smoother shapes of the older stars.Using its Mid-Infrared Instrument, Webb has also revealed important new details on the fine dust spread across the Cartwheel Galaxy. The data is seen in red in the composite image at the top of the page, and highlights areas that are rich in hydrocarbons and chemical compounds such as silicate dust. These form spiraling “spokes” that make up the galaxy’s skeleton, which can be seen in Hubble’s earlier observations, albeit in much fainter light.

NASA has high-resolution versions of these new images of the Cartwheel Galaxy, which are available via the link below.