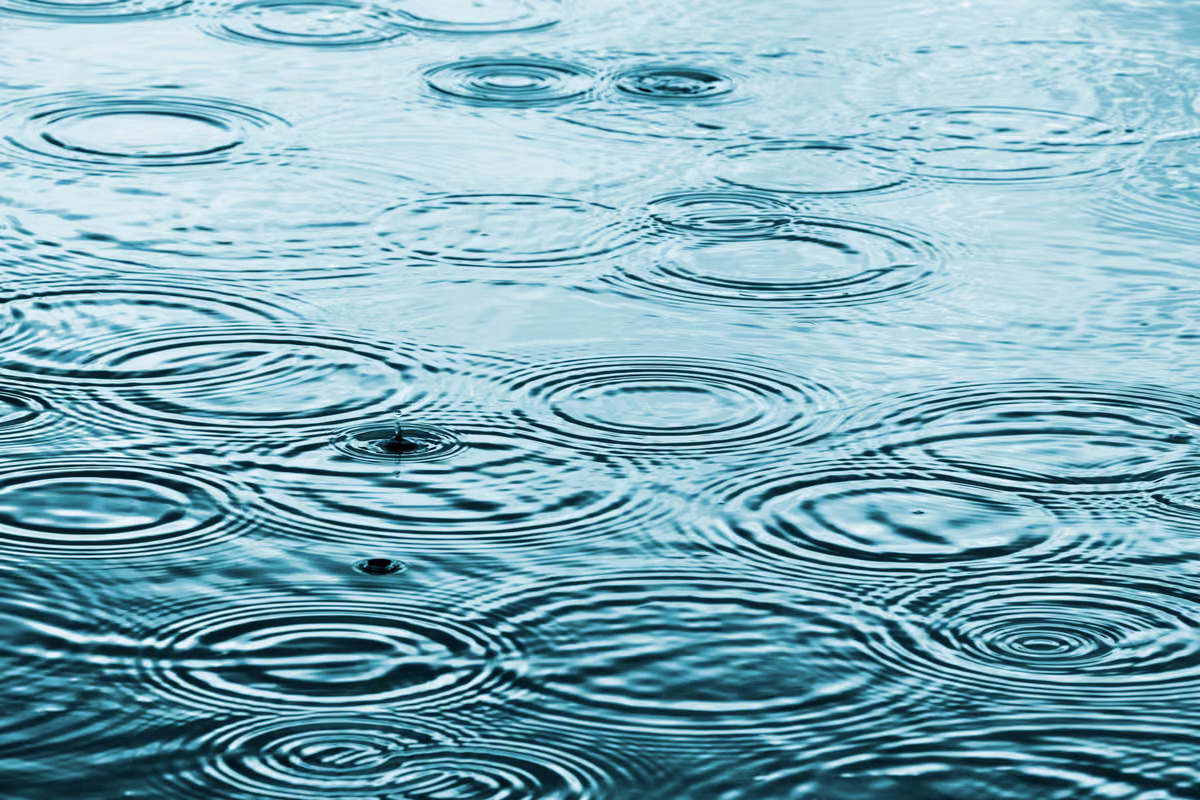 Recent decreases to safe drinking water levels of certain PFAS chemicals by the EPA mean most rainwater in the world is technically unsafe to consume.  Depositphotos

–
By Rich Haridy
2022 Aug 07
–
A striking new review article from researchers in Europe argues the global spread of certain hazardous chemicals is so pervasive that unsafe levels of per- and polyfluoroalkyl substances (PFAS) can be found in rainwater from all parts of the world, including remote regions such as Antarctica and the Tibetan Plateau.

Over the past 20 years many PFAS chemicals have been phased out of manufacturing contexts following a robust body of evidence revealing potentially toxic effects for human health. However, PFAS have often been referred to as “forever chemicals” due to their long-lasting effects in our environment, and just because we stopped using a few of these chemicals doesn’t mean they have instantly disappeared from our world.

A new article published in the journal Environmental Science & Technology has found recommended safe PFAS levels have consistently dropped in recent years, as we learned more about how toxic these chemicals actually are. And now, many guidelines recommend safe PFAS levels that are below the baseline levels in the natural environment.

“There has been an astounding decline in guideline values for PFAS in drinking water in the last 20 years,” said lead author on the study, Ian Cousins. “For example, the drinking water guideline value for one well known substance in the PFAS class, namely the cancer-causing perfluorooctanoic acid (PFOA), has declined by 37.5 million times in the U.S.”

In June 2022, the Environmental Protection Agency (EPA) in the US suggested negative health effects may occur from a lifetime of exposure to “near zero” levels of PFOA in drinking water. The problem, according to the new article, is that PFOA levels in rainwater all over the world now exceed the safe threshold indicated in the new EPA recommendations. This includes water samples taken from extraordinarily remote locations such as Antarctica and the Tibetan Plateau.

“Based on the latest US guidelines for PFOA in drinking water, rainwater everywhere would be judged unsafe to drink,” Cousins added. “Although in the industrial world we don’t often drink rainwater, many people around the world expect it to be safe to drink and it supplies many of our drinking water sources.”

The new research focused on four specific PFAS contaminants in our general environment. For the most part the study noted global use of these four chemicals has been greatly reduced in recent years but due to their persistence in the environment they are likely to continually cycle in the hydrosphere for many years to come.

“So now, due to the global spread of PFAS, environmental media everywhere will exceed environmental quality guidelines designed to protect human health and we can do very little to reduce the PFAS contamination,” explained co-author Martin Scheringer. “In other words, it makes sense to define a planetary boundary specifically for PFAS and, as we conclude in the paper, this boundary has now been exceeded.”

Perhaps the biggest concern in the new article is a suggestion the presence of these chemicals in rainwater is “practically irreversible.” And although the broader long-term health effects of very low-level exposure to these four PFAS chemicals are still unclear, the researchers stress there are scores of other less-studied PFAS compounds still being used.

It is likely these few problematic PFAS chemicals cited in the study are just the “tip of the iceberg,” and the researchers ultimately call for rapid restrictions on use of this entire class of chemicals.

“In view of the impacts of humanity’s chemical footprint on planetary health, it is of great importance to avoid further escalation of the problem of large-scale and long-term environmental and human exposure to PFAS by rapidly restricting uses of PFAS wherever possible,” the article concludes. “Furthermore, as has been stated by ourselves and others before, society should not continually repeat the same mistakes with other persistent chemicals.”

The new article was published in the journal Environmental Science & Technology.