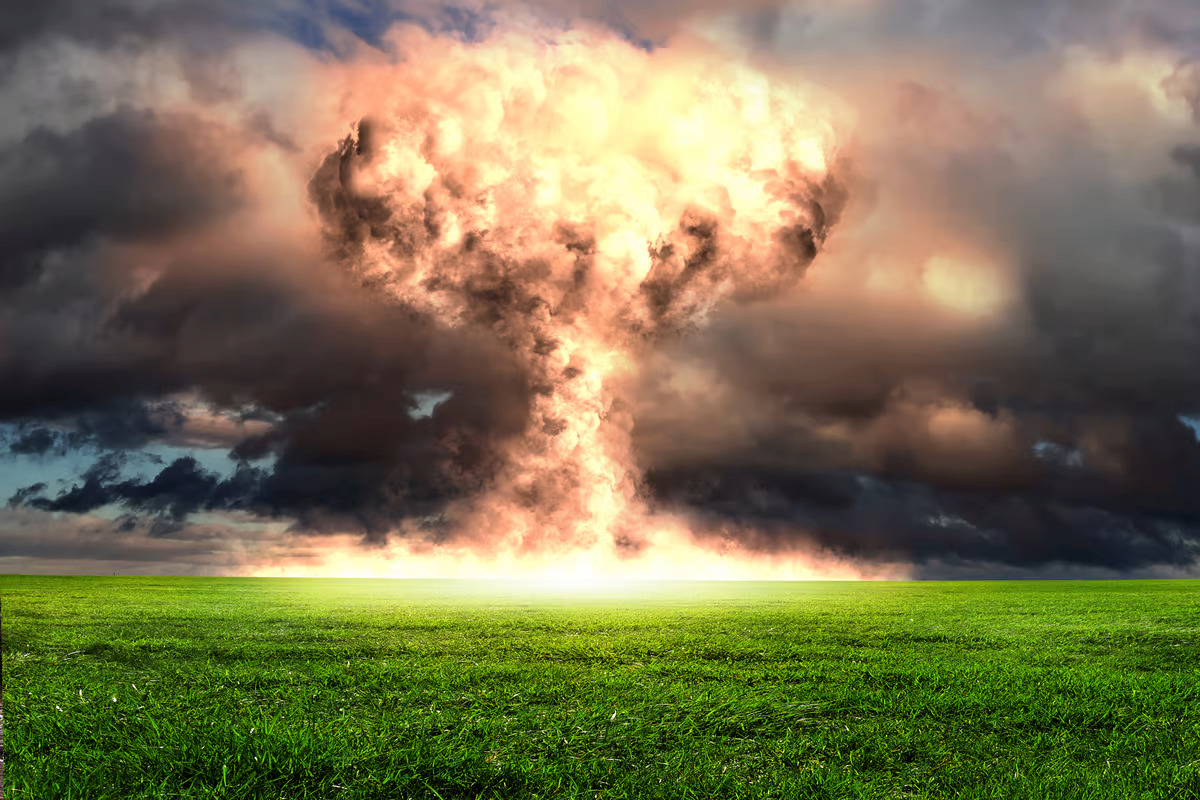 For decades researchers have been modeling the after-effects of nuclear conflict. One of the most globally devastating outcomes from a nuclear war is the possibility of a prolonged climactic cooling event referred to as “nuclear winter.”

“In a nuclear war, bombs targeted on cities and industrial areas would start firestorms, injecting large amounts of soot into the upper atmosphere, which would spread globally and rapidly cool the planet,” researchers explain in a new study. “Such soot loadings would cause decadal disruptions in Earth’s climate, which would impact food production systems on land and in the oceans.”

Although the term “nuclear winter” was coined in the 1980s, the idea is as old as nuclear weapons. As far back as 1947 science fiction author Poul Anderson speculated about the prospect of a global nuclear war triggering a new ice age in his iconic post-apocalyptic story Tomorrow’s Children.

Recently, as climate modeling has become more sophisticated, researchers have been able to run more complex simulations to explore what kinds of effects a possible nuclear winter would have on environmental conditions around the world. This new study offers the most detailed modeling to date, investigating how nuclear war could effect global food supplies.

The study simulated six nuclear war scenarios, each producing varying levels of soot in the stratosphere. Five scenarios modeled different scales of nuclear conflict between India and Pakistan, while the sixth model simulated a global nuclear war between the US and Russia.

Each model estimated the climate effects from soot being kicked up into the atmosphere. These climate changes were then fed into agriculture models designed to calculate reductions in major crop productions, such as wheat, rice and corn. Ultimately, the study translated those crop reductions into total losses of calories produced, meaning the researchers could then estimate how many people would hypothetically succumb to famine in the months, or years, following a nuclear war.

The worst-case scenario modeled in the study looked at the effect of 150 million metric tons of soot being injected into the stratosphere following a week of global nuclear conflict. While around 360 million direct fatalities could be estimated from the acute dropping of nuclear bombs, the climate effects from the weapons would result in a nearly 90% drop in global calorie production. Two years after the nuclear conflict the modeling estimates around five billion people would die from famine around the world.

“Although the likelihood of such a war is low, a 14.8 °C (26.6 °F) global cooling (an ice age) would ensue within one to two years after the nuclear blasts,” explained Deepak Ray, an environmental scientist commenting on the new modeling. “Even if half the livestock feed calories were diverted and consumed as human food, and all food wastage was also consumed, the authors calculate a shortfall in calories of close to 74% in this extreme 150 Tg scenario.”

However, the modeling does indicate not all countries will face similar experiences of food insecurity following nuclear conflict. In the most extreme nuclear scenario the model predicts all international trade of food would cease, leaving each country relying on its own ability to produce calories for its people.

The one country seemingly most protected from the global catastrophe predicted in the modeling is Australia. The researchers estimate wheat production in Australia to be largely unaffected by nuclear-related climate changes, leaving the country able to effectively produce enough calories to sustain its population. Neighbor New Zealand was also modeled to be relatively secure in the most extreme scenario modeled.

Of course, the study does point out this wouldn’t mean Australia is completely protected if a scenario such as this ultimately played out. The researchers speculate countries with consistent food supplies, such as Australia and New Zealand, would likely experience significant influxes of refugees from nearby Asian nations facing famine.

The researchers behind the new study are well-aware of the limitations in this kind of modeling. The scenarios simulated focus solely on the impact of nuclear winter on current caloric crop production. While this calorie deficit cannot be offset by livestock or increases to aquatic farming, the researchers do speculate on the potential for alternative food sources being introduced, such as pivoting to producing food requiring little to no sunlight.

Ultimately, study co-author Alan Robock, who has been modeling the climate effects of nuclear war for decades, said there is no simulation that isn’t incredibly damaging to global stability. He said billions of people would likely die in the aftermath of nuclear war due to food insecurity, and this is why these weapons must be banned.

“If nuclear weapons exist, they can be used, and the world has come close to nuclear war several times,” Robock stressed. “Banning nuclear weapons is the only long-term solution. The five-year-old UN Treaty on the Prohibition of Nuclear Weapons has been ratified by 66 nations, but none of the nine nuclear states. Our work makes clear that it is time for those nine states to listen to science and the rest of the world and sign this treaty.”

The new study was published in the journal Nature Food.