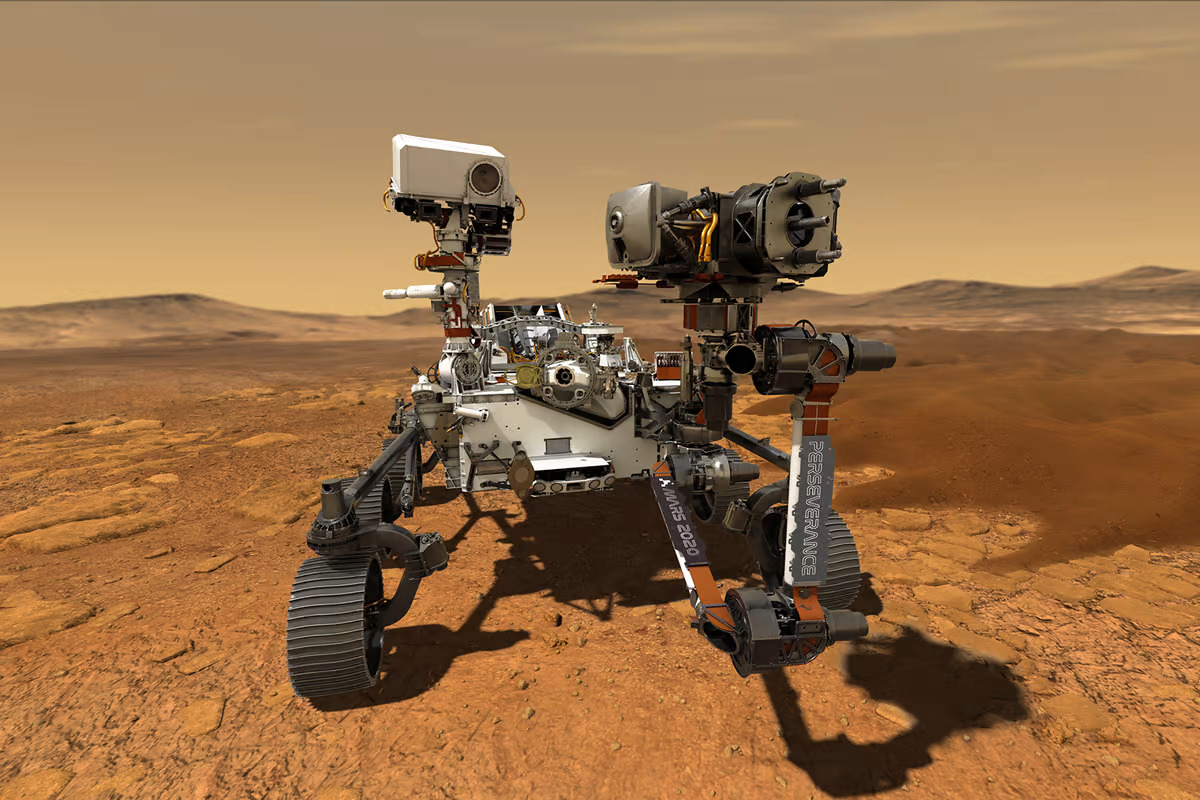 Artist’s concept of the Perseverance rover, which has the Mars Oxygen In-Situ Resource Utilization Experiment aboard.  NASA

The lunchbox-sized Moxie, which standards for Mars Oxygen In-Situ Resource Utilization Experiment, traveled to Mars aboard the Perseverance rover in 2020. After touching down in the Jezero crater in February of 2021, the unit was soon put to work and around two months later produced its first oxygen, around 5.4 grams (0.2 oz) of the stuff.

Moxie does this by drawing in air from the planet’s carbon-rich atmosphere, passing it through a filter to remove contaminants, compressing it and then heating it up. At this point, a solid oxide electrolyzer electrochemically splits the carbon dioxide into carbon monoxide and oxygen ions. These ions are then isolated and recombined to form molecular oxygen, or breathable O2.

Because Moxie is just one of a number of scientific experiments aboard the Perseverance rover, scientists are unable to run it continuously. Instead, they run it for about an hour each time, with the team conducting seven experiments throughout 2021 to test it out in differing scenarios. This meant firing it up in varying atmospheric conditions during the day and night, and in different Martian seasons.

In each of these experiments, Moxie reliably produced its target output of six grams (0.21 oz) of oxygen. The MIT scientists point out this is around the same oxygen produced by a modest tree on Earth, and in demonstrating that Moxie can achieve this on a reliable basis, in varying conditions, they believe they’ve taken an important step toward larger systems that can sustain a human population.

“This is the first demonstration of actually using resources on the surface of another planetary body, and transforming them chemically into something that would be useful for a human mission,” says Moxie deputy principal investigator Jeffrey Hoffman. “It’s historic in that sense.”

Though these experiments were successful, there are many important boxes the scientists would still like to see Moxie tick off. The strong fluctuations in the atmosphere of Mars can see the density of its air change dramatically, along with the temperature. This presents a challenge for the Moxie team who will soon look to run the system at dawn and dusk, when the temperature changes significantly. Also among the next steps is to crank up its operations over the coming Martian Spring, when atmospheric density and carbon dioxide levels are at their highest.

“The next run coming up will be during the highest density of the year, and we just want to make as much oxygen as we can,” said Michael Hecht, principal investigator of the Moxie. “So we’ll set everything as high as we dare, and let it run as long as we can.”