By Thessalia Merivaki, Assistant Professor of American Politics, Mississippi State University
And by

Mara Suttmann-Lea, Assistant Professor of Government, Connecticut College
–
Published: 2022 Aug 31
–
Local election officials are trying to share voting information with the public on social media but may be missing some key platforms – and the voters who use them.

In early July 2022, for instance, young voters in Boone County, Missouri, complained that they had missed the registration deadline to vote in the county’s Aug. 2 primary election. They claimed no one “spread the word on social media.” The local election office in that county actually has a social media presence on Instagram, Facebook, Twitter and TikTok. But its accounts don’t have many followers and aren’t as active as, say, celebrity or teenage accounts are. As a result, election officials’ messages may never reach their audience.

The Boone County example raises important questions about how prospective voters can get informed about elections, starting with whether or not local election officials are active on social media and whether they use these platforms effectively to “spread the word.”

In our research as scholars of voter participation and electoral processes, we find that when local election officials not only have social media accounts but use them to distribute information about voting, voters of all ages – but particularly young voters – are more likely to register to vote, to cast ballots and to have their ballots counted.

Voter participation among young voters, those between the ages of 18 and 24, has increased in recent elections, but still lags behind that of older voters. One reason is that younger voters have not yet established a habit of voting.

Even when they do try to vote, young voters face more barriers to participation than more experienced voters. They are more likely than older people to make errors or omissions on their voter registration applications and therefore not be successfully registered.

When they do successfully complete the registration process, they have more trouble casting a vote that will count, especially when it comes to following all the steps required for voting by mail. When they try to vote in person, evidence from recent elections shows high provisional voting rates in college towns, suggesting college students may also experience trouble in casting a regular ballot owing to confusion about finding their polling place, or because they are not registered to vote because their voter registration application was not successfully processed.

Some of these problems exist because voters, especially young ones, don’t know what they need to do to meet the voter eligibility requirements set by state election laws. Those laws often require registering weeks or months in advance of Election Day, or changing their registration information even if they move within a community.

Social media as a tool to ‘spread the word’

Social media can be a way to get this important information out to a wider audience, including to the young voters who are more likely to need it.

Younger people use social media more than older voters, with a strong preference for platforms such as YouTube, Instagram and Snapchat.

News outlets and political campaigns use social media heavily. But our analysis finds that the vast majority of local election officials don’t even have social media accounts beyond Facebook. And, when they do, it is likely that they are still not effectively reaching their audience.

Gaps in how local election officials use social media

Just 9% of county election offices had Twitter accounts, and fewer than 2% had accounts on Instagram or TikTok, which are more popular with young voters than Twitter or Faceboook.

TODAY July 6th is the last day to register to VOTE for the August 2, 2022 Primary Election. Register online today at https://showmeboone.com/clerk/ #votelocal 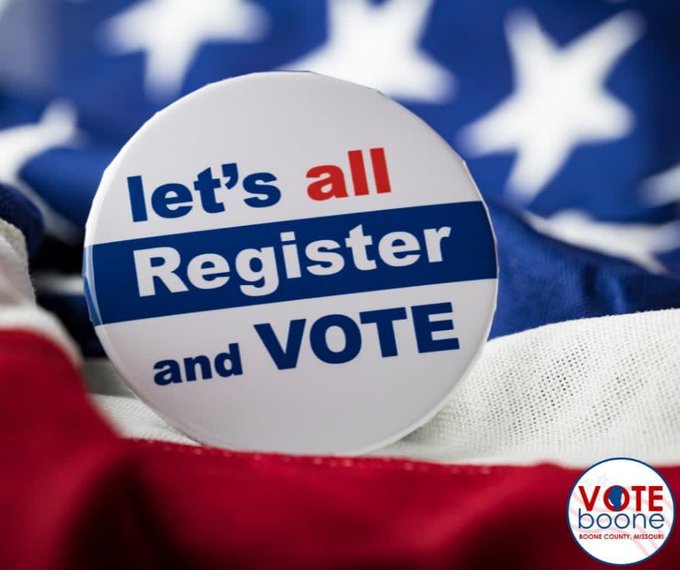 Local election officials are charged with sharing information about the voting process – including the mechanics of registering and voting, as well as official lists of candidates and ballot questions.

Their default method of making this information available is often to share it on their own government websites. But young voters’ regular use of social media presents an opportunity for officials to be more active and engaged on those sites.

While many election officials around the country face budget and staffing pressures, as well as threats to their safety, our research confirms that when officials do get involved on social media, young voters benefit – as does democracy itself.

Thessalia (Lia) Merivaki is an Assistant Professor of American Politics at the Department of Political Science and Public Administration at Mississippi State University and a member of the Carter Center’s U.S. Elections Expert Study Team. She has received funding from the MIT Election Data and Science Lab (MEDSL) and the Scholars Strategy Network (SSN). She is also affiliated with the Election Community Network (ECN).

Mara Suttmann-Lea is an Assistant Professor of American Politics in the Department of Government and International Relations at Connecticut College. She has received funding from the MIT Election Data and Science Lab and the Social Science Research Council.

Mississippi State University provides funding as a member of The Conversation US.

I like this article and would like to republish, but I noticed serious errors in the accompanying map. For example, rolling the mouse over counties in Arkansas shows Saline County on the western edge of the state instead of just to the southwest of Pulaski County. If that’s wrong, I wonder what else might be.

Write an article and join a growing community of more than 151,600 academics and researchers from 4,470 institutions.