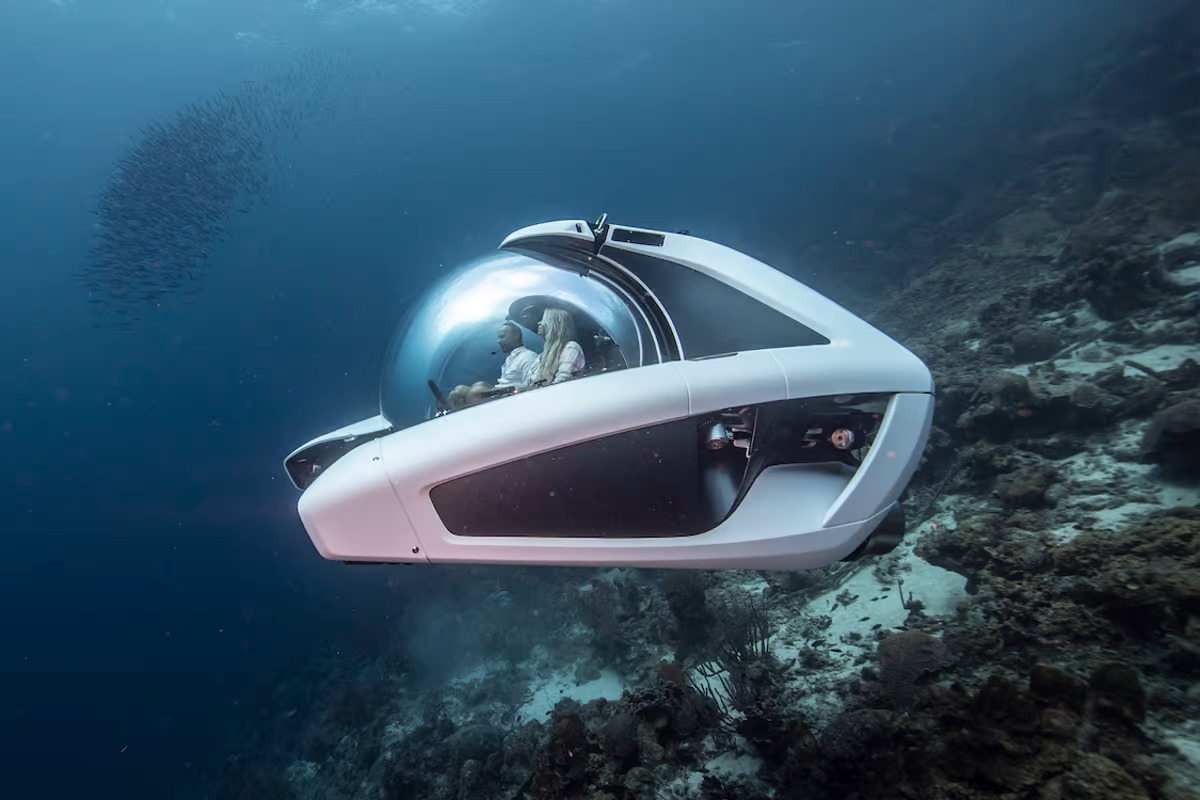 U-Boat Worx held the official premiere of the Nemo close to a year ago at the 2021 Monaco Yacht Show and has since delivered the first models to customers. While the company’s other subs are built to order, serial production was always the plan for the Nemo. U-Boat Worx is ramping up production now with the goal of getting 1,000 subs in the water by 2030.

The production increase enables U-Boat Worx to drastically cut pricing. While the €590,000 (approx. US$599,000) Nemo 2 base may not read much like “low, low prices” to the average Joe, it represents a nearly 40 percent drop from the model’s original €975,000 price point ($990,000 at today’s exchange rates). That’s nothing to scoff at in the submersible space, where seven- and eight-figure price tags are expected.

Those who don’t mind going it alone can get the single-occupant Nemo 1 for €545,000 ($553,000). U-Boat Worx says the new pricing makes the Nemo the most affordable submersible on the planet, and we’d have trouble arguing the point — where prices for such vessels are publicly listed (or at least begrudgingly available to needling journalists), they always seem to exceed $/€ 1 million.

Both the Nemo 1 and 2 house passenger(s) inside an air-conditioned transparent acrylic bubble for truly immersive views of the water and sea life all around. The handheld Manta controller lends video game-like ease to maneuvering the vessel and adjusting output from the four electric thrusters. Both Nemo variants can move at speeds up to 3 knots, dive down to depths of 330 feet (100 m) and deliver up to eight hours of operational autonomy. The Nemo 1 weighs 4,600 lb (2,100 kg), while the Nemo 2 comes in at 5,110 lb (2,500 kg).

Looking at the prices of the Nemo subs, it’s reasonable to expect that an overwhelming number of buyers will own their own yachts for use as launch vessels. For those who don’t, U-Boat Worx offers a line of accessories such as beach launchers, vehicle trailers, small support craft and floating submarine houses. The Nemo can thereby be launched from the shore or a boat ramp as well as from a yacht.

U-Boat Worx plans to have the Nemo submersible readily available from stock starting in 2023. Each buyer can choose to undergo two-week pilot certification training at U-Boat Worx’s Curaçao Sub Center, alongside their own yacht or at their private premises.