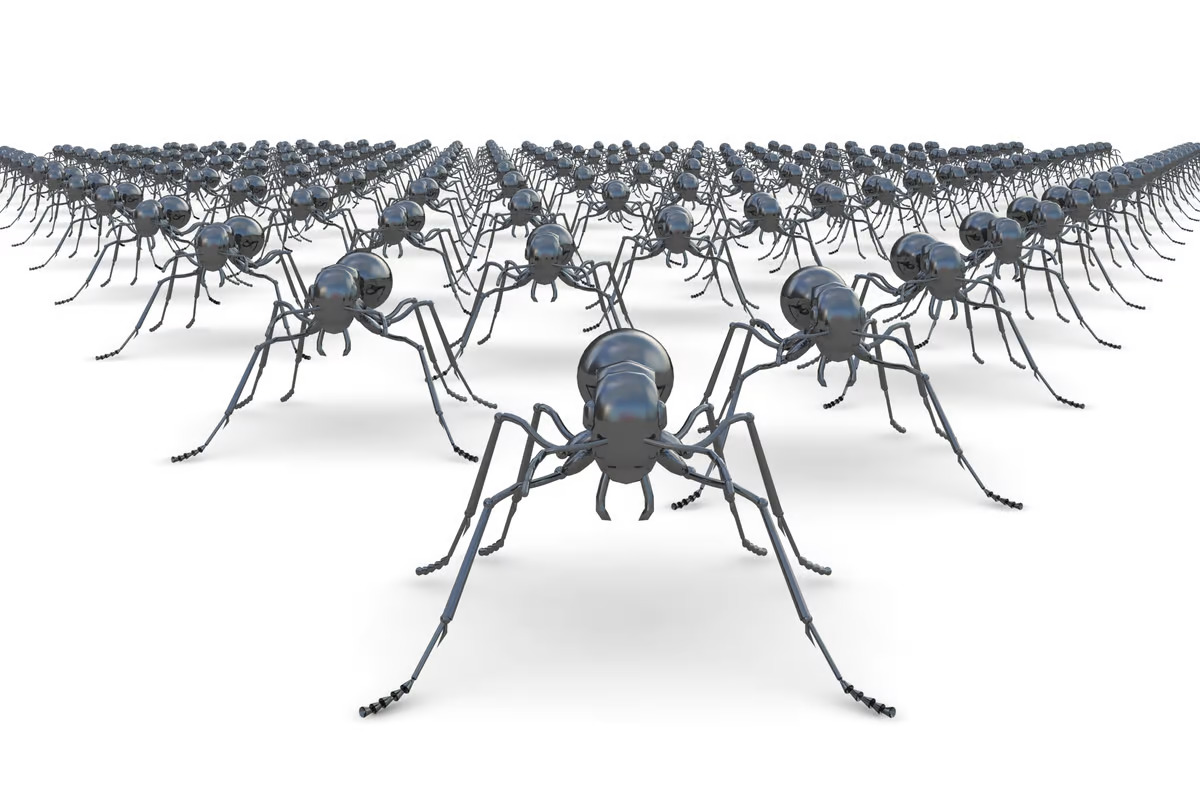 Scientists in Germany have estimated how many ants there are on Earth. Depositphotos
–

By Michael Irving
2022 Sep 19
–
The next time an inquisitive four-year-old asks how many ants there are on Earth, you can be ready to fire back a specific number. Researchers in Germany have scoured the scientific literature to come up with an answer to that question, as well as the inevitable follow-up – how much do they all weigh combined?

The scientists, from Julius Maximilians University (JMU), say they started the study because there hadn’t been a reliable estimate of the total number of ants on the planet, or how common they were in different habitats. So the team took on the momentous task of counting up these industrious little insects themselves.

It wasn’t just a matter of taking an abacus around to every anthill on the planet. Instead, they consulted 489 scientific studies discussing the matter, covering all continents and habitats, and from that data they calculated what they say is a conservative empirical estimate.

According to the team, there are almost 20 quadrillion ants on Earth right now. That’s a 20 followed by 15 zeroes, which is a number that’s hard to really get your head around. Put it this way – there are 2,000 times more ants on Earth than there are stars in our galaxy.

The team went a step further and estimated how much all these ants would weigh together – about 12 million tons. That’s more than the total mass of all wild birds and mammals combined (except us humans). Conclusion: that’s a hell of a lot of ants.

So how are they spread across the planet? As might be expected, the researchers found that ants are concentrated at the tropics, with forests and deserts housing higher amounts and urban environments having less. Polar regions are essentially ant-free.

It may sound a bit frivolous, but this study wasn’t just a matter of satisfying the curious kid in us all. The team says that since ants play such an outsized role in their ecosystems, it’s important to understand their distribution and how they might be affected by climate change.

“Per hectare, ants move up to 13 tons of soil mass per year,” said Patrick Schultheiss, co-lead author of the study. “So they have a great influence on maintaining the nutrient cycle and also play a decisive role in the distribution of plant seeds.”

The research was published in the journal PNAS.

Michael Irving
Michael has always been fascinated by space, technology, dinosaurs, and the weirder mysteries of the universe. With a Bachelor of Arts in Professional Writing and several years experience under his belt, he joined New Atlas as a staff writer in 2016.
–
–
10 comments
Sign in to post a comment.
Please keep comments to less than 150 words. No abusive material or spam will be published.
UncleToad – 2022 Sep 20 – 02:31 AM
I reckon a good percentage of those ants are in my back garden right now!
rjpaur – 2022 Sep 20 – 08:11 AM
It appears that in the US a quadrillion is 10^15 while in Britain it is 10^24 – not a trivial difference. Which version is used in the article??
CraigAllenCorson – 2022 Sep 20 – 10:19 AM
rjpaur – just divide the total weight of all ants – about 12 million tons – by the average weight of one ant. 😉
Of course, then you’d have to know if they are short or long tons, and Imperial or metric. I really wish that someone would standardize these things.
A-A-Ron – 2022 Sep 20 – 11:06 AM
@rjpaur It says 15 zeroes in the article, x10^15.
nameless minion – 2022 Sep 20 – 12:33 PM
@rjpaur. Thanks. That is question that should be addressed.
vince – 2022 Sep 20 – 12:43 PM
Obviously the ants will inherit the Earth … not man.
Spud Murphy – 2022 Sep 20 – 02:49 PM
12 million tonnes is more than the weight of all birds and mammals combined? Given that there is around a billion half-to-one-tonne bovines on the planet, that figure is obviously completely wrong. Did no-one stop and think “hang on, that doesn’t sound right” before they published this? Whatever happened to fact checking, or just plain common sense?
Brian M – 2022 Sep 20 – 03:06 PM
quadrillion – No wonder people think maths is more complicated than it should be!
Why articles can’t simply say 10^x so as to avoid any confusion is beyond me – Although other scientific journals covering the same press release did similar, one even printed out the zeros! Guess it’s all about the headline – a long one in this case!!!!

@CraigAllenCorson – indeed! One back page of another well known UK science magazine jokingly comments about celebrating an ‘International standards day’, which of course would be on one day for the rest of the world and on a different day for the USA!
🙂

And quadrillion.com shows US quad to be 10^9 and British to be 10^15, for yet another definition.
I’m glad it’s on the internet, where everything written is true.
Yeah, mess o’ ants.