The Carlsbad Desalination Plant in Southern California is the largest such plant in the Western Hemisphere, providing 50 million gallons of desalinated seawater per day.​ Reed Kaestner via Getty Images
–

Coastal urban centers around the world are urgently looking for new, sustainable water sources as their local supplies become less reliable. In the U.S., the issue is especially pressing in California, which is coping with a record-setting, multidecadal drought.

California Gov. Gavin Newsom recently released a US$8 billion plan for coping with a shrinking water supply. Along with water conservation, storage and recycling, it includes desalination of more seawater.

Ocean desalination, which turns salt water into fresh, clean water, has an intuitive appeal as a water supply strategy for coastal cities. The raw supply of salt water is virtually unlimited and reliable.

Ocean desalination is already a major water source in Israel and the United Arab Emirates. Cities in the Middle East, Mediterranean Europe, the U.S. Southwest and Australia also rely on it. There are more than 20 ocean desalination plants operating in California, plus a few in Florida. Many more plants across the U.S. remove salt from brackish (salty) water sources such as groundwater inland, especially in Texas.

Nonetheless, current evidence shows that even in coastal cities, ocean desalination may not be the best or even among the best options to address water shortfalls. Here are the main issues that communities evaluating this option should consider.

Scalable technologies for removing salt from water have improved steadily over the past few decades. This is especially true for treating brackish groundwater, which is less salty than seawater.

But desalination still can have major environmental impacts. Fish can be killed when they are trapped against screens that protect desalination plants’ intake valves, and small organisms such as bacteria and plankton can be sucked into the plants and killed when they pass through the treatment system. In May 2022, the California Coastal Commission unanimously rejected a proposed $1.4 billion ocean desalination plant in Huntington Beach, partly because of its potential effect on sea life.

Desalination plants discharge brine and wastewater, which can also kill nearby aquatic life if the process is not done properly. And generating the large quantity of energy that the plants consume has its own environmental impacts until it can be done carbon-free, which is still years off in most cases.

“#Desalination is ripe for innovation,” says Berkley Lab @NAWIhub Executive Director Peter Fiske. Researchers are studying whether the brine discharged
back into the ocean can be used for something, and the economics of desalting #water using #solar power
–

Economist.Com
The promise and pitfalls of desalination
California needs to diversify its water supply as the West dries up. How much can desalination help?
12:50 PM · 2022 Apr 01
11  Reply
Copy link
–

Cost is another major hurdle. In most areas, the cost of ocean desalination is projected to remain considerably higher than the cost of feasible alternatives such as conservation for the next several decades – the timeline that utilities use when planning new investments. My colleagues and I found this in our research comparing water supply alternatives for Huntington Beach, even though we made favorable assumptions about ocean desalination costs.

Cost breakthroughs on major, market-ready technology in the near to medium term are unlikely. And desalination costs may increase in response to rising energy prices, which represent up to half the cost of removing salt from water.

Our center has also explored whether piping in desalinated ocean water is a viable option for small, typically rural areas with public water systems or private wells that have run dry or are close to giving out. In diverse parts of California where this has happened, such as Porterville in the Central Valley and Montecito along the coast, the state is paying over $1 per gallon to truck in small supplies of bottled and vended water. That’s much higher than even the most expensive desalinated seawater. 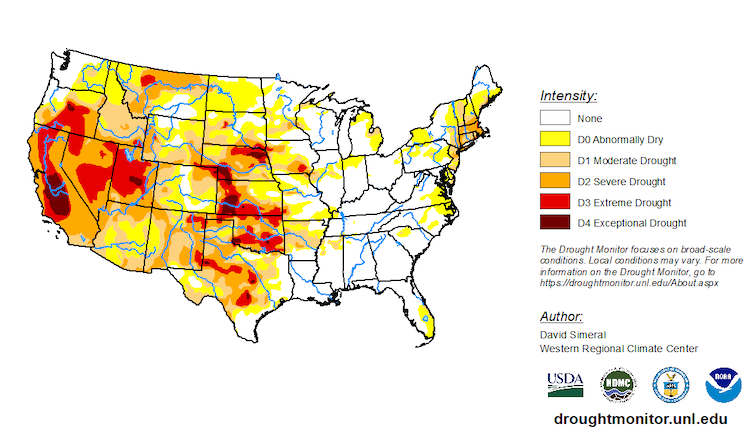 In these cases, we have found that the relative economics and even the environmental impact may pencil out, but the politics and management of new pipelines do not. This is because water supply is typically governed locally, and many local areas beyond those benefiting would need to agree to a new pipeline from the coast.

More broadly, we find that proponents of these projects do not proactively pursue strategies that would make water access more equitable, such as designing utility rate structures that shield low-income households from higher costs, providing financial aid to small communities or consolidating water systems.

In most places, several other supply options can and should be pursued in tandem before ocean desalination. All of these steps will provide more water at a lower cost.

The first and relatively cheapest way to address water shortages is by using less. Finding ways to get people to use less water could reduce existing demand by 30%-50% in many urban areas that have already begun conservation efforts. 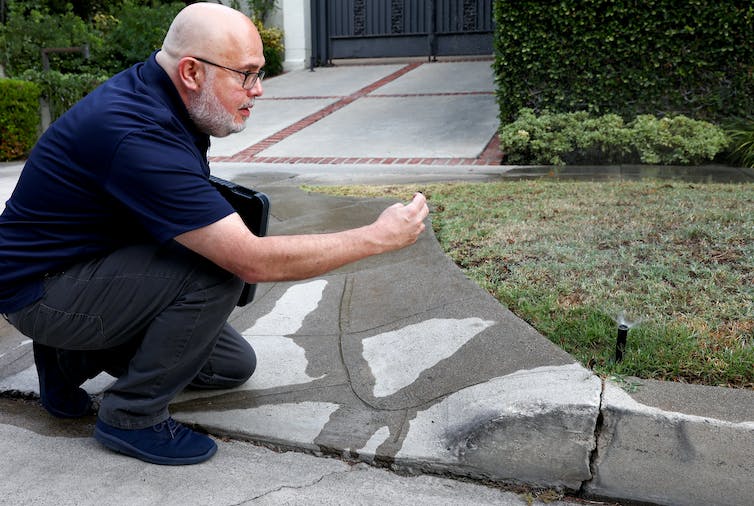 Los Angeles Department of Water and Power conservation specialist Damon Ayala inspects a sprinkler system operating in violation of a local water-saving ordinance, 2022 Jul 27. Mario Tama/Getty Images
–
Second, recycling or reusing treated wastewater is often less expensive than desalination. Technology and regulations in this area are advancing, and this is already making large investments in recycling possible in many arid regions.

Third, storage capacity for enhanced capture of stormwater – even in areas where it rains infrequently – can be doubled or quadrupled in regions like Los Angeles and parts of Australia, at one-third to one-half of the cost per unit of desalinated water.

Even cleaning up polluted local groundwater supplies and purchasing water from nearby agricultural users, although these are costly and politically difficult strategies, may be prudent to consider before ocean desalination.

The feasibility of desalination as a local supply option will hopefully change by midcentury as water scarcity problems mount because of climate change. For the medium term, however, ocean desalination is still likely to play a small role if it figures at all in holistic water strategies for coastal urban areas.

Gregory Pierce received funding from the Resources Legacy Fund for one of the reports cited in this piece.

University of California, Los Angeles provides funding as a member of The Conversation US.

Write an article and join a growing community of more than 152,500 academics and researchers from 4,483 institutions.