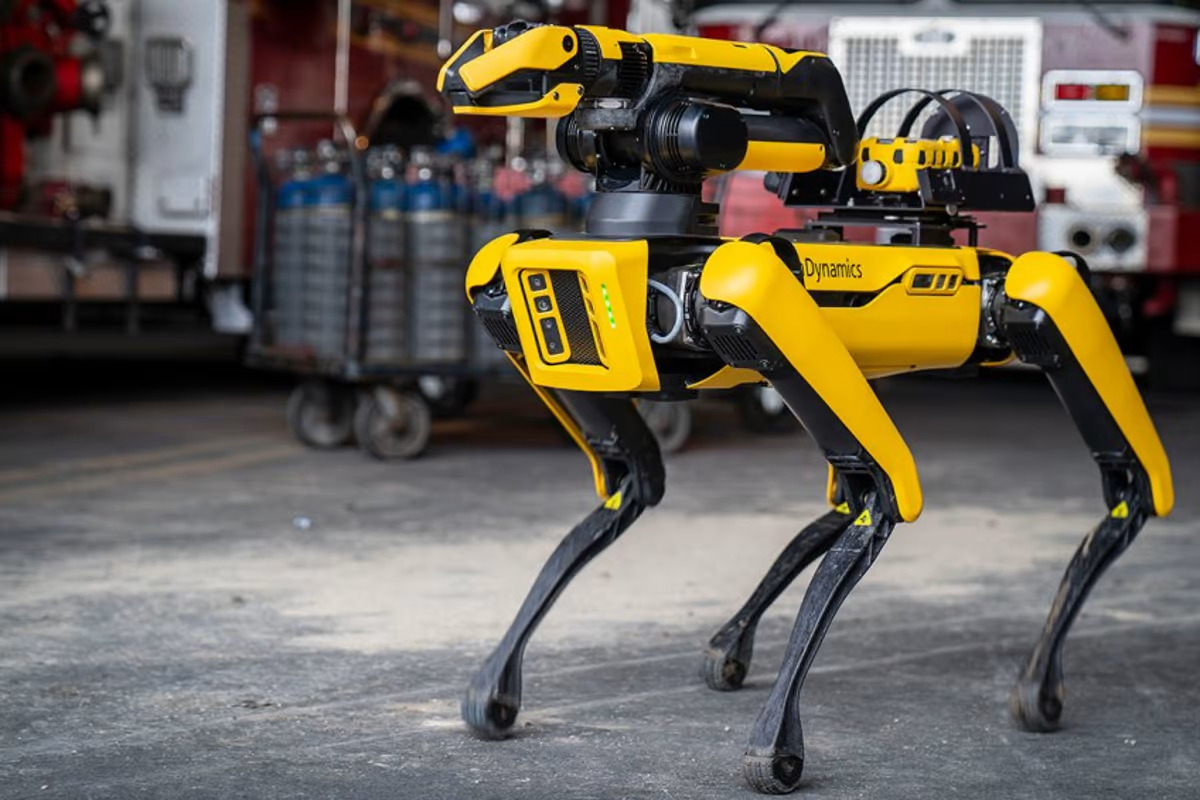 A leading group of robotics firms have published an open letter pledging not to weaponize their machines.  Boston Dynamics

–
By Nick Lavars
2022 Oct 06
–
As robots from Boston Dynamics and the like continue to find more widespread applications, concerns are growing around their misuse. In a bid to prevent the spread of killer robots in society, a group of robotics companies have published an open letter pledging not to weaponize their machines, and pleading with users to do the same.

The idea that autonomous machines can be weaponized and deployed to cause harm is not new, but as our access to highly capable robots continues to improve we have seen these concerns raised in a more mainstream sphere. We’ve seen leaders in AI and robotics petition the UN to ban the development of these types of machines, and these movements continue to gain momentum as more companies and organizations lend their name to the cause.

In October last year, Ghost Robotics showed off a robotic dog with a sniper rifle mounted on its back. Another video doing the rounds on social media earlier this year showed a quadruped robot carrying an assault rifle and firing at targets on the range. Questions remain over the veracity of that second example, but the point remains: vision of robotic dogs combined with deadly weapons is an unnerving glimpse into the future.

Boston Dynamics, together with Agility Robotics, ANYbotics, Clearpath Robotics, Open Robotics and Unitree Robotics, have today voiced their concerns around these possibilities. In an open letter addressed to the industry, the group notes the increasing affordability and accessibility of advanced commercially available robots, and the increasing potential for their misuse.

“Untrustworthy people could use them to invade civil rights or to threaten, harm, or intimidate others,” the letter reads. “One area of particular concern is weaponization. We believe that adding weapons to robots that are remotely or autonomously operated, widely available to the public, and capable of navigating to previously inaccessible locations where people live and work, raises new risks of harm and serious ethical issues.”

The letter goes on to include a pledge from the group to not weaponize their robots, nor support others to do so, and calls on policy-makers and users to promote their safe use. It also includes a plan to diligently assess their customers’ intentions for their products and work on technological solutions to reduce the risks of robotic weaponization.

“We are convinced that the benefits for humanity of these technologies strongly outweigh the risk of misuse, and we are excited about a bright future in which humans and robots work side by side to tackle some of the world’s challenges,” the letter concludes.