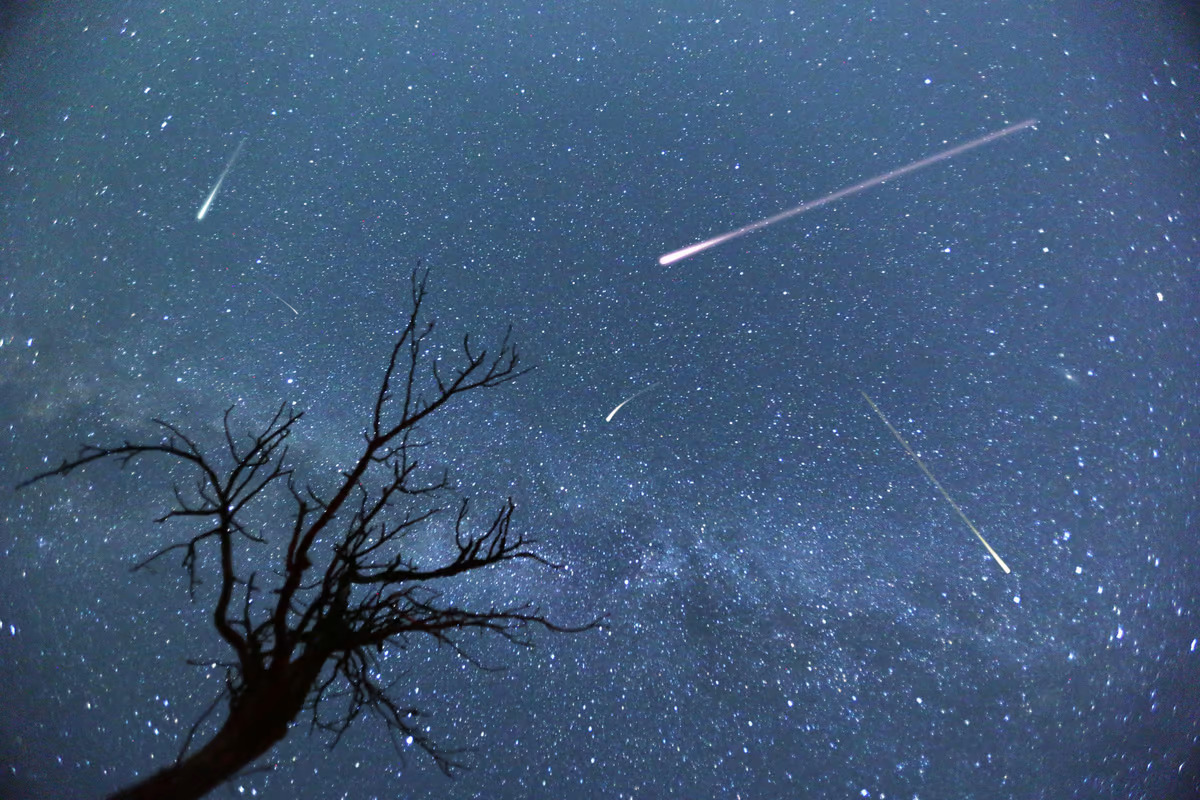 Meteors streak across Earth’s sky every day – but what if dark matter particles do the same thing?  Depositphotos

–
By Michael Irving
2022 Oct 18
–
Despite making up 85% of the total mass in the universe, dark matter has remained elusive to direct detection. A new study proposes a unique way to look for it using the Earth’s atmosphere as a giant detector for dark matter particles streaming through the air like meteors.

Dark matter is thought to pervade the cosmos, surrounding all of us right this second. So why can’t we find it? Because it happens to be invisible – it doesn’t emit, absorb or reflect light and very rarely interacts with regular matter. That may sound like an overly convenient explanation, but scientists are pretty confident that dark matter exists.

Although it’s never been confirmed experimentally, dark matter does seem to make itself known through its gravitational influence on stars, galaxies and clusters, the movements and evolution of which don’t really make sense without it. Detection of dark matter would be one of the most important scientific breakthroughs of all time, so it’s no surprise that it’s the subject of many, many experiments.

One problem is that dark matter has a wide range of potential properties, including different masses, energies and interactions. As such, physicists search for dark matter by designing a range of different experiments that hunt for signals based on certain properties that it may or may not have.

The new study, led by researchers at Ohio State University, takes a unique approach. The team suggests that if dark matter particles have large masses, they could sometimes enter Earth’s atmosphere like meteors – and potentially, leave detectable traces.

When meteors streak through the sky, they leave behind tails of radiation that produce free electrons. These “ionization deposits” reflect the electromagnetic waves emitted by radar instruments, allowing them to detect meteors passing through the air. The team on the new study says that dark matter particles would produce similar but distinct signals.

The researchers characterized what these dark matter meteors might look like, and proposed that close analysis of these radar signals could reveal if they’re all meteors or if some are actually dark matter particles hiding in plain sight. This essentially turns the entire planet’s atmosphere into one giant dark matter detector.

One key thing about the new proposed method is it would hunt a type of dark matter that’s often overlooked. Dark matter particles could be very lightweight and be everywhere, or they could have huge masses and be relatively rare. Most experiments are searching for the former, usually in large facilities deep underground that are free of background noise. But if the particles have larger masses, they might not make it down to those detectors, which could explain the lack of positive results over the decades. The new technique could therefore widen the search, and may be used by other experiments to cross-check any potential detections they might find.

Of course, for now, it remains an idea, albeit an intriguing one. The research is currently in preprint on the ArXiv server (PDF).