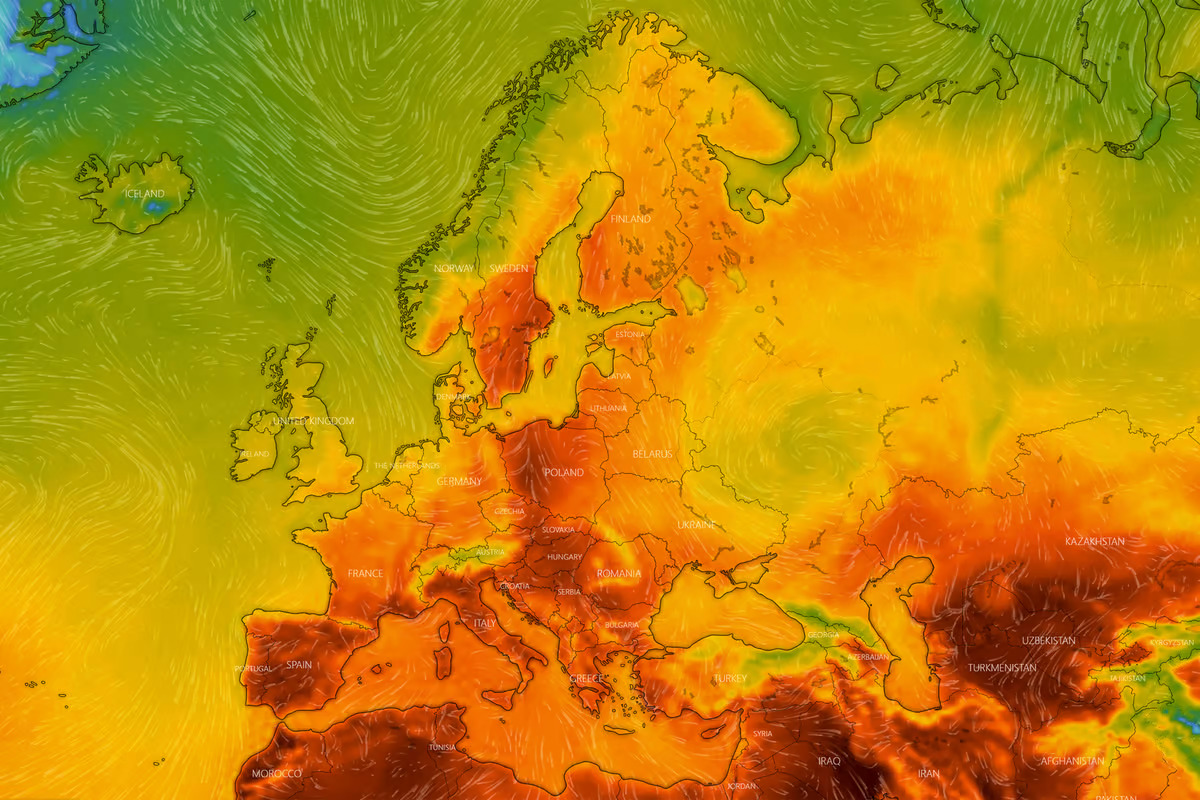 Scientists expect heatwaves to become more common in Europe (and elsewhere) as temperatures continue to rise.  Depositphotos
–
By Nick Lavars

The striking figures come from the State of the Climate in Europe report, produced by the World Meteorological Organization (WMO) in partnership with the European Union’s Copernicus Climate Change Service. The report found that temperatures in Europe rose significantly between 1991 and 2021, increasing at an average of around 0.5 °C (0.9 °F) per decade.

For reference, the IPCC puts the global average increase at 0.2 °C (0.36 °F) per decade, making the warming rate observed in Europe more than double that. The authors write that extreme weather and climate events directly impacted on more than half a million people in the region in 2021, causing hundreds of fatalities and economic damage in excess of US$50 billion.

“Europe presents a live picture of a warming world and reminds us that even well prepared societies are not safe from impacts of extreme weather events,” said WMO Secretary-General Professor Petteri Taalas. “This year, like 2021, large parts of Europe have been affected by extensive heatwaves and drought, fueling wildfires. In 2021, exceptional floods caused death and devastation.”

However, the team notes that the European Union managed to decrease greenhouse gas emissions by 31% between 1990 and 2020. The authors also say Europe is a world leader in early warning systems to protect its population from the worst effects of climate impacts, pointing to action plans that have saved lives during heat waves as an example.

“On the mitigation side, the good pace in reducing greenhouse gases emissions in the region should continue and ambition should be further increased,” said Taalas. “Europe can play a key role towards achieving a carbon neutral society by the middle of the century to meet the Paris Agreement.”

Among the consequences of these increasing temperatures, according to the report, is a thinning of Alpine glaciers in Europe, which the authors say lost 30 m (98 ft) of thickness between 1997 and 2021, and the ongoing acceleration of Greenland ice sheet melt. Earlier this year, we also saw the UK Met Office issue its first ever “Red Warning” for exceptional heat as temperatures exceeded 40 °C (104 °F) for the first time on record, with bridges wrapped in protective foil and and airport runways shut down due to surface defects.

“European society is vulnerable to climate variability and change, but Europe is also at the forefront of the international effort to mitigate climate change and to develop innovative solutions to adapt to the new climate Europeans will have to live with,” said Dr. Carlo Buontempo, Director of the Copernicus Climate Change Service. “As the risks and impact of climate change become increasingly apparent in day-to-day life, the need and the appetite grow for climate intelligence, and rightly so. With this report we aim to bridge the gap between the data and the analysis to provide science-based but accessible information that is ‘decision-ready,’ across sectors, across professions.”

Nick Lavars
Nick has been writing and editing at New Atlas for over six years, where he has covered everything from distant space probes to self-driving cars to oddball animal science. He previously spent time at The Conversation, Mashable and The Santiago Times, earning a Masters degree in communications from Melbourne’s RMIT University along the way.
–
–
3 comments
Sign in to post a comment.
Please keep comments to less than 150 words. No abusive material or spam will be published.
Boss – 2022 Nov 07 – 08:10 AM
What a relief. So many people won’t have to freeze this winter.
Username – 2022 Nov 07 – 09:36 AM
“reminds us that even well prepared societies” There isn’t a single society on this planet that is well prepared for anything.
guzmanchinky – 2022 Nov 07 – 10:32 AM

I was there for three months this summer, and I’ve been there for most summers since I was a child decades ago. It is truly changing quickly…
–