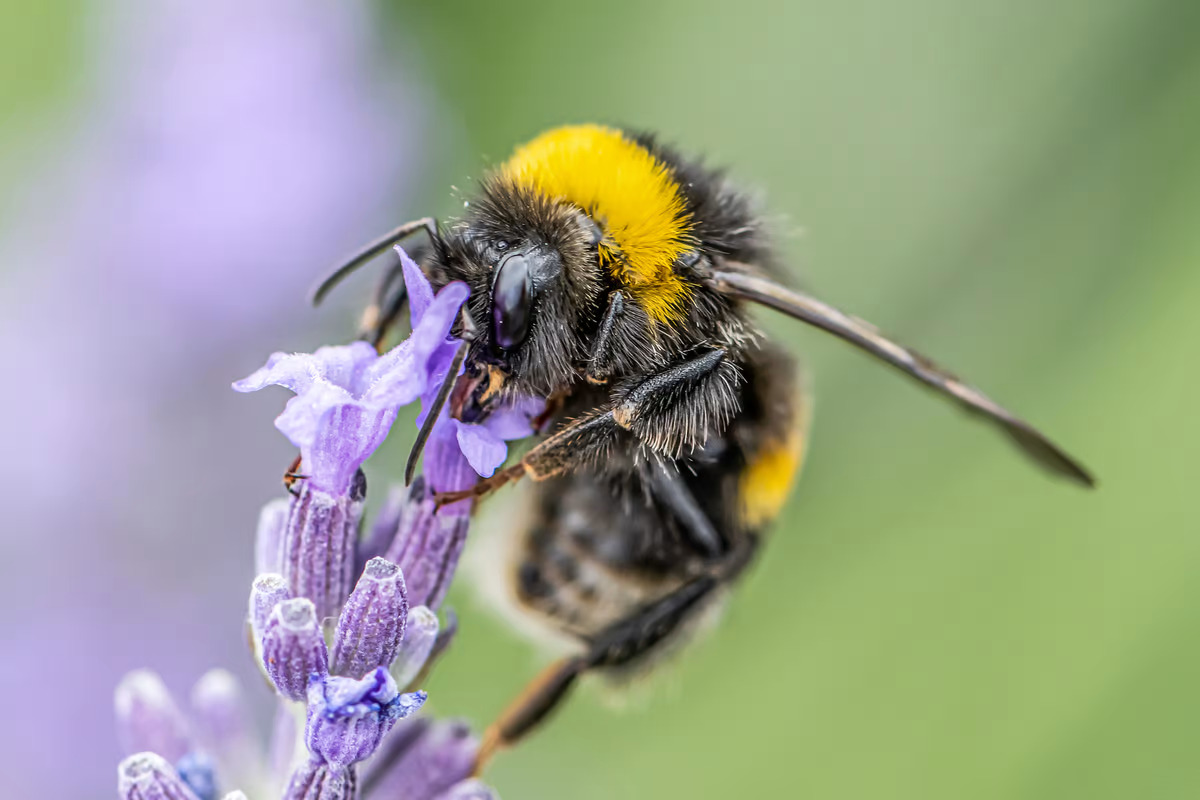 The study showed that synthetic fertilizers temporarily alter the electrical field produced by flowers such as lavender, causing bumblebees to pass them over.  Depositphotos
–

Not surprisingly, bees are able to differentiate flowers from other objects based largely on factors such as color and odor. That said, the specific strength of electrical fields produced by plants (which the bees can detect) also plays a big role.

According to scientists from the University of Bristol, the application of synthetic fertilizers and herbicides alters those fields – increasing their magnitude by up to 500%. This is due partially to the presence of positively charged particles in the chemicals, which help them stick to the plants.

In lab tests, the researchers started by spraying cut flowers with a synthetic fertilizer. They then gauged the strength of the electrical field surrounding the flowers, by measuring the bio-electric potential in their stems.

It was found that application of the spray affected that field for up to 25 minutes, which is considerably longer than natural fluctuations caused by factors such as wind. Additionally, the effect recurred when rain was simulated – so it isn’t something that just happens once, upon the initial application of fertilizer.

Importantly, when the effect was simulated by electrically manipulating flowers, bumblebees tended to pass them over in favor of nearby non-manipulated flowers. This finding backs up previous field observations, in which it was noted that bees are less likely to land on flowers for approximately 20 minutes after the application of fertilizer.

“That fertilizers affect bee behavior by changing the way it experiences its physical environment gives a new perspective on how humans disturb the natural environment,” said the lead scientist, Dr. Ellard Hunting. “Imagine yourself not being able to distinguish apples from tomatoes because someone sprayed some chemicals in the vegetable department. This may be relevant for all organisms that use the electric fields that are virtually everywhere in the environment.”

A paper on the study was recently published in the journal PNAS Nexus.