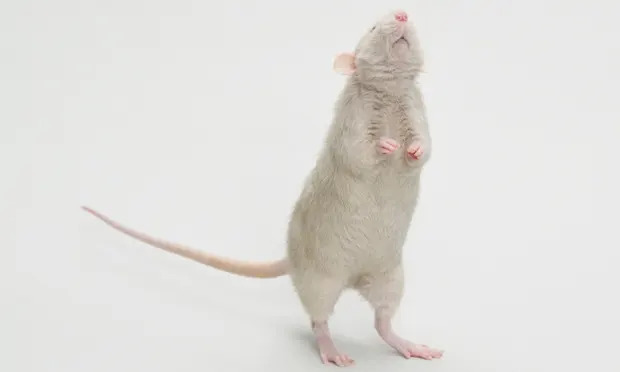 Last modified on 2022 Nov 12
–
Music makes you lose control, Missy Elliott once sang on a hit that is almost impossible to hear without bopping along. Now scientists have discovered that rats also find rhythmic beats irresistible, showing how they instinctively move in time to music.

This ability was previously thought to be uniquely human and scientists say the discovery provides insights into the animal mind and the origins of music and dance.

“Rats displayed innate – that is, without any training or prior exposure to music – beat synchronisation,” said Dr Hirokazu Takahashi of the University of Tokyo.

“Music exerts a strong appeal to the brain and has profound effects on emotion and cognition,” he added.

While there have been previous demonstrations of animals dancing along to music – TikTok has a wealth of examples – the study is one of the first scientific investigations of the phenomenon.

In the study, published in the journal Science Advances, 10 rats were fitted with wireless, miniature accelerometers to measure the slightest head movements. They were then played one-minute excerpts from Mozart’s Sonata for Two Pianos in D Major, at four different tempos: 75%, 100%, 200% and 400% of the original speed. Twenty human volunteers also participated.

The scientists thought it possible that rats would prefer faster music as their bodies, including heartbeat, work at a faster pace. By contrast, the time constant of the brain is surprisingly similar across species.

However, the results showed that both the rat and human participants had optimal beat synchronicity when the music was in the 120-140 beats per minute (bpm) range – close to the Mozart composition’s original 132bpm – suggesting we share a “sweet spot” for hitting the beat. The team also found that rats and humans jerked their heads to the beat in a similar rhythm, and that the level of head jerking decreased the more that the music was sped up.

“Our results suggest that the optimal tempo for beat synchronisation depends on the time constant in the brain,” said Takahashi.

The team now plans to investigate how other musical properties such as melody and harmony relate to the dynamics of the brain. “Also, as an engineer, I am interested in the use of music for a happy life,” said Takahashi.
–

More on this type of story