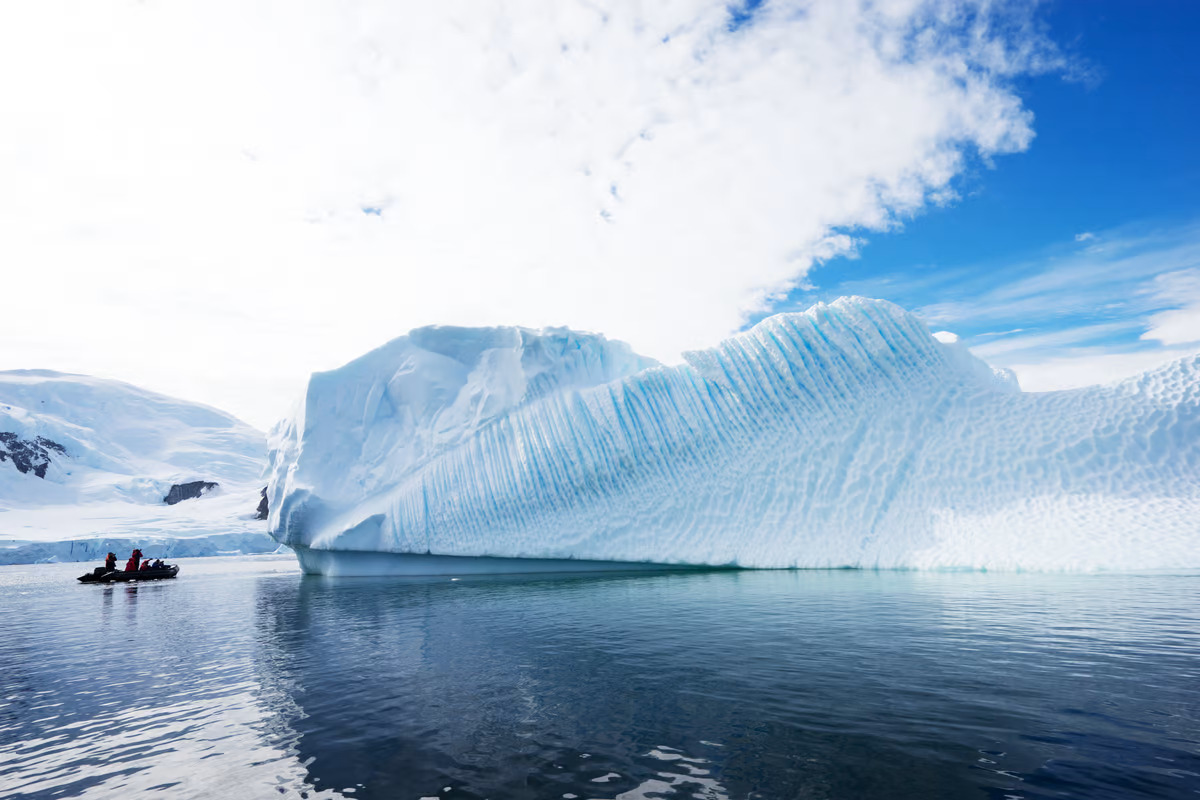 Researchers have discovered evidence of phytoplankton blooms beneath the sea ice of Antarctica.  Depositphotos
–

The findings came as a surprise to the team, led by Dr Christopher Horvat of Brown University and the University of Auckland, because sea ice in the Southern Ocean was thought to be too compact to allow any light through to the water underneath. And because phytoplankton require light for photosynthesis in order to survive, it was thought that the thick and dense ice coverage typical of an Antarctic winter was largely incompatible with this form of life.

These blooms can be seen once the Antarctic sea ice begins to retreat in the Spring, as light bathes the upper layers of the ocean and freshwater flushes it with iron. However, the authors were inspired to take a closer look at this phenomenon by increasing observations of under-ice phytoplankton blooms in the Antarctic, which they say are being driven by anthropogenic changes to the sea ice.

The scientists used floats to sample the conditions in the water column beneath compact sea ice in Antarctica in the Spring and Summertime between 2014 and 2021. Of these time-series measurements, 88% revealed a rise in phytoplankton prior to the retreat of the sea ice, and 26% revealed what constitutes an under-ice bloom.

“We found that nearly all examples of floats profiling under Antarctic sea ice record increases in phytoplankton before sea ice retreats,” said Horvat. “In many cases, we observed significant blooms.”

The floats gathered these insights by measuring pigments and particulate backscatter emitted by phytoplankton, allowing the team to make estimations of their size and concentration. There are limitations to the research, however, with the floats used unable to precisely track their sampling locations beneath the sea ice, though the researchers still believe the body of evidence to be solid enough.

“It is possible some of the high productivity events might be recorded in regions with low sea ice cover,” Horvat said. “Because the time we observe these blooms is close to when sea ice retreats, it is also possible some of the phytoplankton come from processes occurring outside of the sea ice zone, though we consider this unlikely given the sheer number of high-productivity measurements we found.”

To gain an idea of how widespread the phenomenon might be, the scientists tapped into data from NASA’s ICESat-2 satellite, which was launched in 2018 to precisely map coverage of ice at the poles to within the width of a pencil. The scientists used measurements from ICESat-2 and climate models to calculate the light field beneath the sea ice across the Southern Ocean, and found a great portion of it harbored conditions that are favorable to under-ice phytoplankton blooms.

“We used a new data product derived from a new NASA satellite, the ICESat-2 laser altimeter, to understand the compactness of ice around Antarctica, and with a suite of global climate models considered how much light reached the upper ocean,” said Horvat. “We found that 50% or more of the under-ice Antarctic might support under-ice blooms, because sea ice in the Southern Ocean is comprised of discrete floes, and small areas of open water permit light and therefore photosynthetic life.”

The research was published in the journal Frontiers in Marine Science.