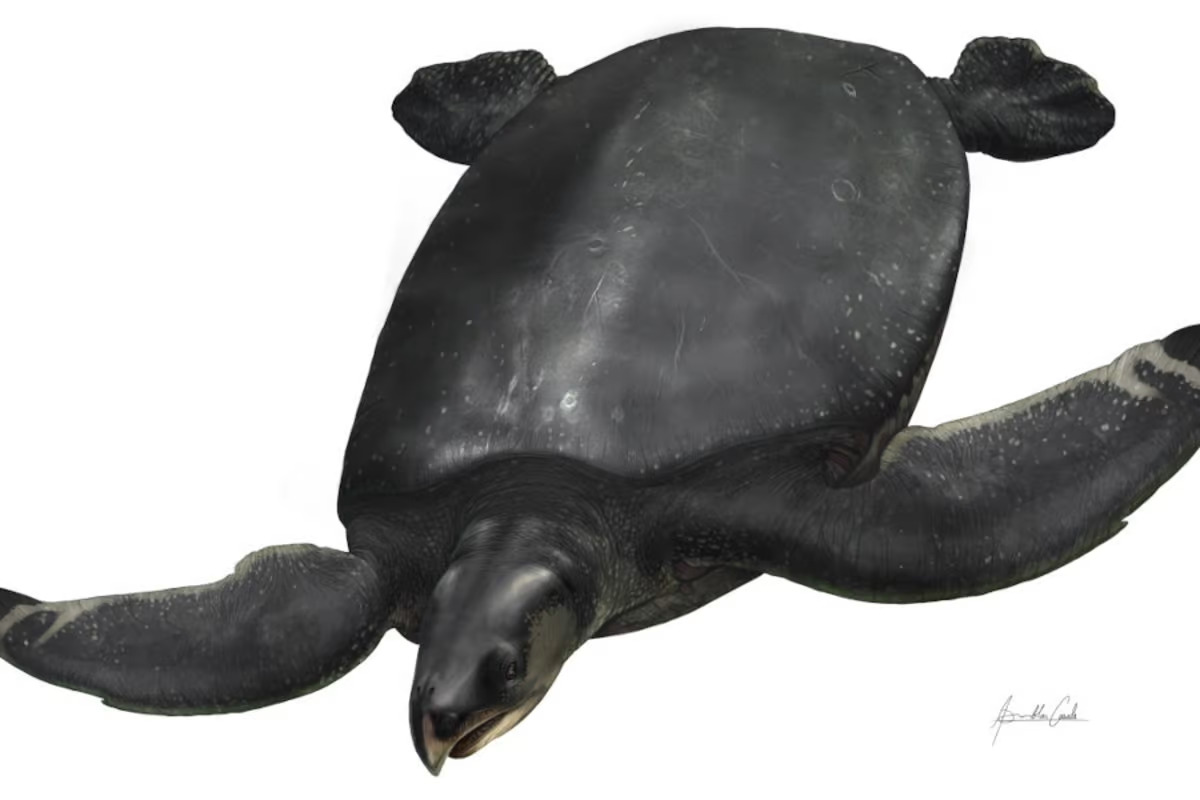 An artist’s impression of Leviathanochelys aenigmatica, a giant species of turtle that’s recently been discovered.  ICRA_Arts

By Michael Irving
2022 Nov 17
–
Paleontologists have discovered the fossil remains of one of the largest turtles that ever lived. Measuring about the size of a Volkswagen Beetle, it roamed the seas of Europe during the age of the dinosaurs.
–

The new species, which lived around 70 million years ago, has been named Leviathanochelys aenigmatica, which translates to “giant beast turtle enigma.” And that name is fitting – the creature is estimated to have measured 3.74 m (12.27 ft) long, making it comfortably one of the largest known turtles to have ever existed. It’s the biggest found in Europe, and just shy of its American cousins like Archelon.

Intriguingly, though they looked similar, the turtles of ancient North America and Europe weren’t too closely related – they grew to those gigantic sizes independently of each other. In the case of Leviathanochelys, the team says it was probably thanks to roomy inland oceans that covered much of Europe at the time.

The discovery was initially made by accident, as a hiker stumbled across some bones in the Pyrenees mountains of northern Spain. Paleontologists followed it up and discovered the giant turtle’s pelvis, along with the back section of its shell. While that might not seem like much to go on, some unusual features allowed the team to conclude that it belonged to a brand new species.

One strange feature in particular stood out – a section of bone that pokes out to the side of the pelvis. This is known as a pubic process, and it’s the first time such a structure has been seen in any turtle species, living or dead.

“We speculate that this process served as an additional anchor point for muscles controlling the turtle’s abdominal contraction,” said Àngel Hernández Luján, co-author of the study. “This could mean it had a role related to the respiratory system, and could have helped the giant turtle to maximize its breathing capacity at great depths.”

The team says that further bones would need to be found before more information about the species can be determined. That includes a more definitive estimate of its size.