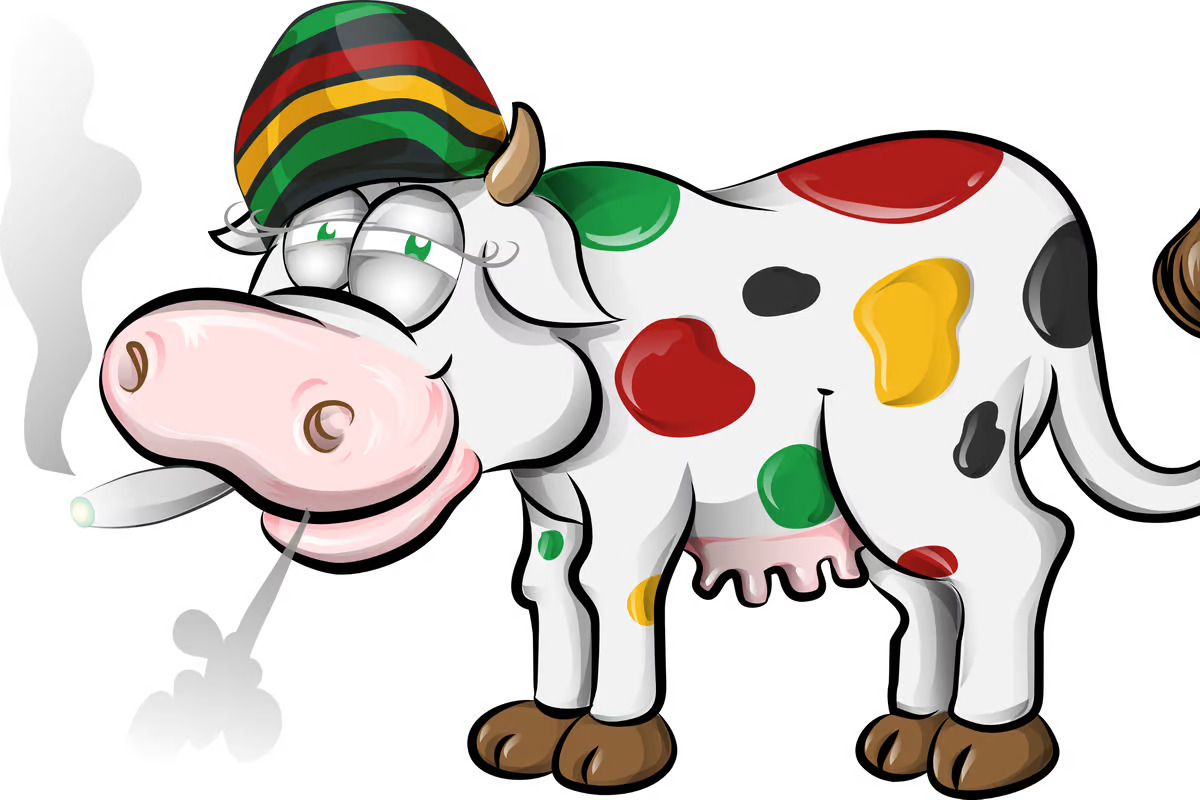 The primary goal of the research was to investigate whether feeding hemp to livestock was safe for both the animal and the resulting animal products harvested for human consumption. Over the last few years hemp cultivation has increased as the market for CBD oil rapidly grew, but farmers are often left with huge volumes of hemp biomass once the cannabinoid compounds have been extracted.

So can this leftover biomass be safely fed to livestock?

To explore this question a team of researchers conducted several feeding experiments with lactating dairy cows. The animals daily ration of food was supplemented with hemp biomass of very low cannabinoid concentrations (delta-9 THC concentrations of 0.12%, below the permissible 0.2% threshold set for commercial hemp).

Behaviorally, the animals displayed a number of noteworthy changes after being fed the hemp.

“Concomitantly, changes in animal behavior and appearance were evident, such as pronounced tongue play, increased yawning, salivation, nasal secretion formation, prolapse and reddening of the nictitating membrane, and somnolent appearance,” the researchers write in the study. “Some animals from group H [the group fed the highest volume of hemp] displayed careful, occasionally unsteady gait, unusually long standing and abnormal posture.”

It’s unclear whether drinking the milk from these hemp-fed cows would actually lead to psychoactive effects in humans but the researchers do make clear the levels of cannabinoids they are detecting certainly could be an issue in children or breast-feeding women.

The experiments did also reveal that THC concentrations in milk quickly dissipated when the hemp was removed from the animals’ feed. This finding raises the possibility of hemp being added to the diet of some livestock as a way of reducing animal stress.

Michael Kleinhenz, from Kansas State University, has conducted several recent studies feeding cattle industrial hemp. He claims as long as there is a wash-out period that clears cannabinoids from the animal’s system, there could be significant benefits in adding hemp to cattle feed.

Speaking to The New York Times, Kleinhenz said when a cow spends more time “lounging” around they can put on more weight. So if food outcomes can be established that are safe and clear of cannabinoids, then getting the animals just a little stoned may be better for both the cows and the farmers.

“Any time we make things better for the animal, it’s a win for us,” said Kleinhenz.

The study was published in Nature Food.