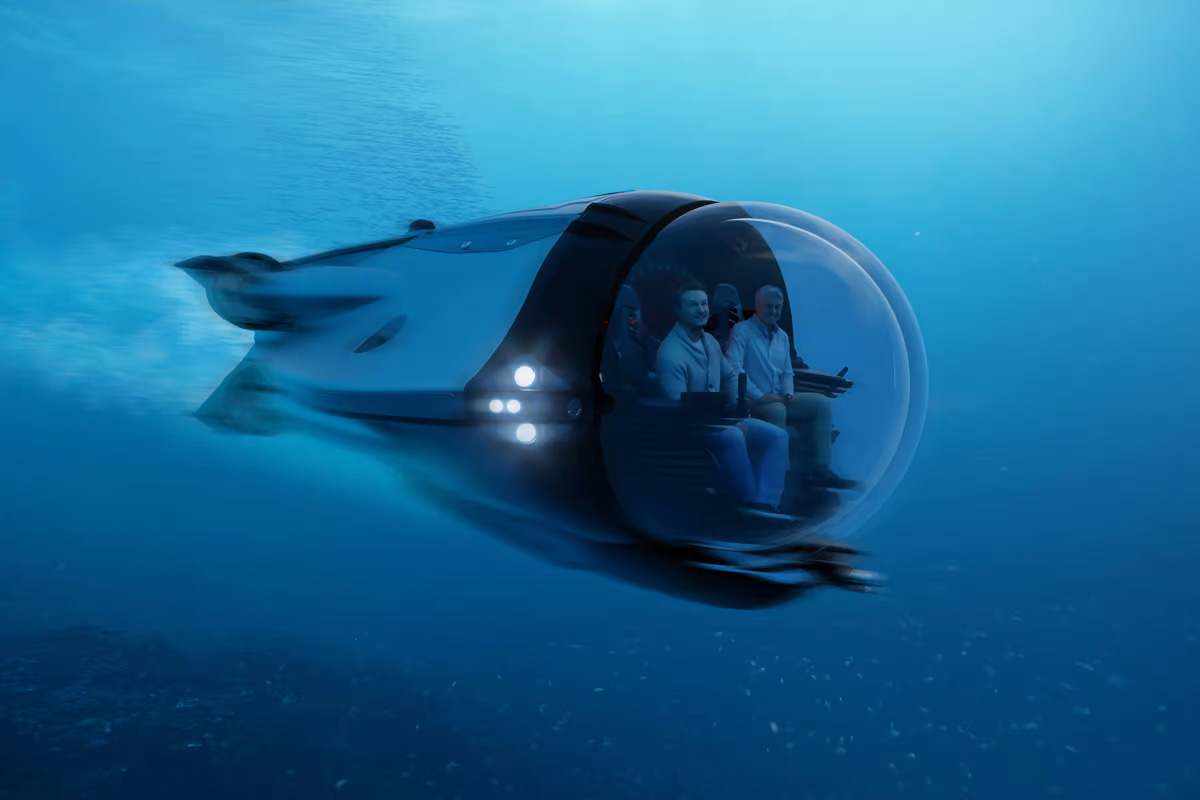 Whereas the Super Sub previously had an estimated top speed of 8 knots, it should now be capable of going up to 10 knots.  U-Boat Worx  View gallery – 6 images
–

The Super Sub was originally estimated to have a top speed of 8 knots (9.2 mph, 14.8 km/h), which is nearly three times as fast as most other luxury submersibles. That figure has now been boosted to 10 knots (11.5 mph, 18.5 km/h), thanks to a sleeker, more hydrodynamic design.

The latter is the result of a collaboration with Dutch maritime research institute MARLIN, which specializes in computational flow dynamics. According to U-Boat Worx, the Super Sub is now “the most flow-dynamic submersible ever conceived,” offering an estimated top speed “that is 3 to 4 knots faster than the top cruising speed of a bottlenose dolphin.”

As before, its three passengers will still view the undersea world through a transparent acrylic bubble. It will move through the water via four 15-kW thrusters delivering a total 60 kW of thrust – combined with its rear hydrofoils, these will allow it to perform 30-degree climbs and dives. It will be able to dive to a maximum depth of 300 m (984 ft), which is a little on the shallow side when compared to some of its competitors.

Power will be provided by a 62-kWh battery, one charge of which should be good for up to eight hours of underwater use. That said, the sub’s life support system is claimed to be capable of operating for a minimum of 96 hours if needed.

U-Boat Worx has stated that the first Super Sub has already been pre-sold to a private customer, with delivery planned to take place sometime in 2023. The company says that sea trials should begin next spring (Northern Hemisphere). There’s still no word on pricing.