Cutting open bears, wrangling cows: retracing her voyage across the Rocky Mountains made me realize how extraordinary this woman was. 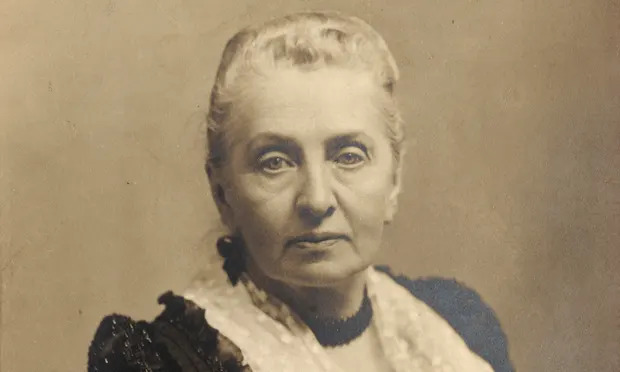 Last modified on 2022 Nov 23
–
Everyone has heard of Amelia Earhart, the great aviator. Or Florence Nightingale, the revered statistician. But what about Isabella Bird, the 4ft 11in Victorian adventurer who rode 800 miles across Colorado solo on a horse? The tragedy is that this pioneering explorer has largely been forgotten by history – until now.

In April, alongside the Spice Girl Melanie Brown and the comedian Emily Atack, I travelled to the Rocky Mountains to retrace Isabella’s footsteps and pay homage to this trailblazer. As I became immersed in her life, she quickly became my heroine.

Isabella was a talented author, writing about her adventures as she travelled the equivalent of three times around the world, by boat, on horseback and foot. But she also suffered from debilitating chronic pain. After spinal surgery in England to remove a tumor, in 1873 doctors advised her to get out to the fresh air of the Rocky Mountains to heal her general malaise. At a time when women only really had two options – to be a housewife or work in a factory – she ventured halfway across the world in search of healing.

Once there, she spent months living boldly. The adventure inspired her travel book, A Lady’s Life in the Rocky Mountains, which became my bible as we revered this incredible woman in the Colorado wilderness – until a pack of wolves ripped it to shreds and returned it to me coated in saliva (this scene will become clear if you watch the show).

She weathered freezing ice storms wearing just a kaftan over her Victorian dress for warmth. She slept in the snow for three days – when we climbed Pikes Peak, we braved snowy conditions but only for a few hours. Despite our layers of technical thermals, we were left with burned skin from the perishing conditions.

She climbed mountains, reaching dizzyingly high peaks on foot and horseback. She fell off sheer ridges on her horse a lot and once broke two of her ribs. Despite being a confident rider, I knew I didn’t want to do that. The trip was the first time I had been back in the saddle since a terrible riding accident in my youth. But flanked by camera crews, two RVs and a health and safety team, I was reassured by the idea that if my horse fell, the crew below me would soften the blow. Isabella, though, was alone.

“There’s nothing western folk admire so much as pluck in a woman,” Isabella wrote. And it was a lesson she lived by. She was hardcore.

She wrangled cattle, was a pro lasso and became known across the Rockies as the English woman who could ride just as well as any man. Starving, she even cut open a bear and ate cherry pits from its stomach. She fell in love with her “dear desperado”, a one-eyed, violent outlaw known as Rocky Mountain Jim. Even the hardest outlaws tipped their hat to her as she rode by.

Throughout our trip, I found myself constantly questioning how she survived. I realized Isabella was driven by her pain – the agony was driving her to keep moving and exploring, and pushing the limits of her existence. Running is a good survival tactic; it’s better than sitting at home and complaining. Every new vista and waterfall helped her avoid facing up to her inner torment. There’s no introspection in her books; Isabella was always looking forward.

From the most locked down city in the world to Europe for 13 days – why did I need an excuse?
Read more

The trip drew parallels with my own journey. I too have spent a lot of time running from painful things and trauma. I think a lot of people identify with wanting to run from what they don’t want to look at. In today’s world, that’s harder to do. Some use social media as an escape – the constant quest for more followers, more notoriety. In Aspen, the billionaires’ playground, America has veered so far from what it represented for Isabella: nature is now overrun with greed and entitlement.

But venture deep into the Colorado wilderness, and you will find her long-lasting legacy in the community of people choosing to live a life without limits. From the woman who traverses the harshest mountain climes in her open-air Jeep, to the 80-year-old ranch owner who was one tough cookie. Isabella inspired a generation of Victorian women to dare to be bold, and her spirit lives on.

Apart from this feat of endurance Isabella Bird, an extraordinary pioneering woman, was a humanitarian and was involved in setting up a 60 bed hospital in Kashmir. She was a great traveller in an era when Victorian ladies rarely left their social rounds. Read more here.

I’ve read that book! And a few others; I have to read more. Gutenberg.org has several of hers at https://gutenberg.org/ebooks/author/393
One thing I remember from this particular book is her description of being snowed in at a cabin, with a drift building up against her bedroom door, and waking up to find she was covered in snow – inside, in her bed. And the rides she made, all alone, through snowstorms! Amazing woman.