Touted as a cure for environmental and physical ills, the organic movement is falling short of high expectations. 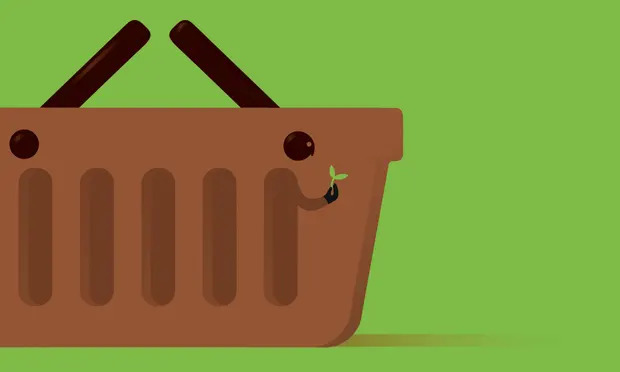 – Julian Baggini
Last modified on 2022 Dec 12
–
After 10 years of slow but steady growth, sales of organic food and drink in UK supermarkets have fallen by 2.1% over the last year. More sobering still is that despite a decade of boasts about strong year-on-year growth, organics started from such a low base that it still only accounts for 1.8% of the total food and drink market, compared to 1.2% a decade ago. So even if this year’s dip is a blip, a o.6% gain in market share each decade would mean it would be another 800 years before most of what we ate and drank was organic. Even with exponential growth of 50% per decade, we’d still have to wait until the 22nd century.

The movement is facing other important challenges. Few other than true believers think that we can sustainably feed the world organically. There is broad consensus that on average organic yields are around 80% that of “conventional” crops. More organic farming would require more good farmland, which is in short supply. Worse, researchers who examined the consequences of the UK going fully organic concluded it would increase greenhouse gas emissions and reduce biodiversity.

Even some old friends of organics have turned on it. George Monbiot has gone from saying, in 2000, that “organic farming will feed the world” to calling pasture-fed beef and lamb the world’s most damaging farm products and organic farming itself “all muck and no magic”. Former anti-GM activist Mark Lynas has recently said that organic farming methods “encourage agricultural sprawl and have become smokescreens for the livestock industry”.

Consumers who buy organics have consistently cited health, not the environment, as the main draw. But study after study has shown that the supposed health benefits of organic food are non-existent. The Advertising Standards Authority does not allow the Soil Association, the leading certifier of organic food in the UK, to make health claims. Still, it points to “perceived health benefits”, carefully says organic produce is “nutritionally different” and highlights the presence of fewer pesticides and additives, inviting people to draw their own conclusions.

Anyone hoping that this is the future of food must now admit that it just isn’t going to happen. That doesn’t mean it’s the end of the road. It just means facing up to the fact that to complete the journey to a future of sustainable food requires widening the path to accommodate more and diverse fellow travelers.

For decades now there has been a narrative of a binary choice between organic and conventional agriculture. The former stood against all that was bad about industrialized farming: excessive use of synthetic inputs such as fertilizers, herbicides and insecticides; soil erosion; loss of biodiversity, excess nitrogen going into rivers; poor welfare standards associated with intensive animal husbandry. Organic farming offered itself up not just as an alternative but as the alternative.

But it’s an alternative most people are either unwilling or unable to pay for. The downturn in sales we’re seeing now is an echo of the last dip, which came in the three years after the 2008 financial crisis. Whenever household budgets tighten, organic sales take a hit, even though the poorest can’t afford much or any of it in the first place.

Fortunately, there are other alternatives to unsustainable farming. More and more farmers are using “agroecological” and “regenerative” methods which share many of the organic movement’s aims but which don’t tick its tight boxes. For example, a key principle of agroecology is that practices are tailored to fit the environmental, social, economic, cultural and political context and are “bottom-up”. This contrasts with top-down prescription of the same organic rules for all.

Proponents argue that in a world in which many dubious environmental claims are made, we need the “gold standard” of certification. But the rigor of organic standards is also part of the problem. Good agricultural practice cannot be reduced to a single, long and strict set of stipulations. These allow too little leeway for farmers to adjust what they do to meet the specific conditions and challenges of their local ecosystems. Certification also costs, from £415 a year for a smallholding of less than five hectares to £1,115 for 500.01 hectares or more in the UK. What justifies this expense to farmers is that they expect to be able to charge more for their goods as a result. Part of the Soil Association’s recruitment pitch to farmers is evidence that net income for organic farms is significantly higher than for non-organic ones.

For all the rigidity of organic standards, they vary according to territory, so there is no single meaning of “organic” anyway. The US and EU rules on organics are significantly different, yet under an agreement signed in 2012, American-certified organics can be sold as organic in the EU and vice-versa.

At the very least, organic farming should move from being the self-appointed leader of agroecology to an equal partner in a much wider movement. Even if it did, however, we would still need other forms of agriculture. Even “conventional” farming is much more diverse than its plain name suggests. Technology is helping farmers to be more precise, only providing as much fertilizer, water and insecticide as is needed, when it is needed. “Sustainable intensification” is not an oxymoron. Take the controlled environments of totally indoor vertical farms, which allow for dramatic reductions in water, pesticide use and food waste. “We are using no chemicals anywhere,” says David Farquhar of Intelligent Growth Solutions, which is running such a farm at the James Hutton Institute in Dundee. “Everything is grown on an organic basis – although we can’t actually claim it’s organic, because we’re not growing the crops in soil.”

Organic produce still has an important role to play in our food system. I will continue to buy it, and am a member of the Soil Association, too. It may not quite be past its sell-by date, but the crude organic/non-organic divide has gone stale. Fresher thinking is needed to ensure the world has a healthy, sustainable food supply.

Feeding Britain: Our Food Problems and How to Fix Them by Tim Lang (Penguin, £12.99)

Rooted: Stories of Life, Land and a Farming Revolution by Sarah Langford (Penguin, £16.99)

This discussion is closed for comments

On the other hand, intensive agriculture demands more resources than we can comfortable supply, produces more waste than we are properly dealing with, tends to tie us into narrow monocultures (with risks we don’t think about enough, even after Covid should have alerted us), and has been showing declining productivity.

What may surprise is that “organic” doesn’t mean “no agrochemicals”, it means that fewer are used and they tend to be older, simpler products, that are sometimes not as effective as more modern ones.