Beverly Roberts and Mary Alston sought to trap the cats so they could be neutered. 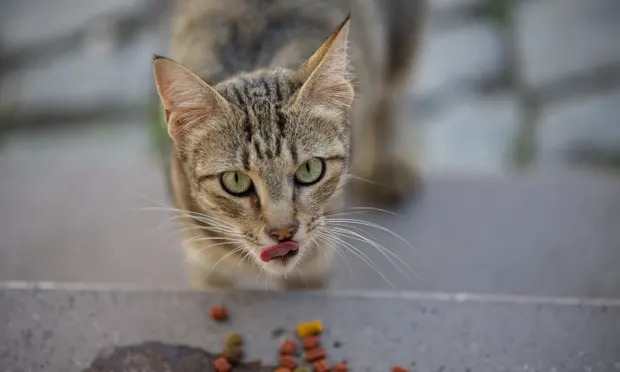 The women were arrested in June, accused of feeding feral cats near the Wetumpka, Alabama, courthouse. Photograph: Anadolu Agency/Getty Images

By Gloria Oladipo  @gaoladipo
Last modified on 2022 Dec 17
–
Two Alabama women were given suspended jail sentences last week after feeding stray cats and trapping them so they could be neutered, a common public health intervention to reduce stray numbers.

Beverly Roberts, 85, and Mary Alston, 61, of Wetumpka, Alabama, were sentenced to two years of unsupervised parole and a $100 fine each on Tuesday, reported the Montgomery Advertiser. The women were also given suspended 10-day jail sentences.

“A warning, an arrest, and a conviction – all because maybe we were about to feed stray cats, and because we were solving a feral cat problem that the city couldn’t solve,” Roberts told the Washington Post.

The women were convicted of multiple misdemeanors after a five-and-a-half hour trial. Officials accused the pair of feeding feral cats near the courthouse, claiming it had resulted in thousands of dollars in property damage.

The women were arrested on 25 June after the mayor, Jerry Willis, called officers to a property owned by Wetumpka county. Officer Brendan Foster said that when he arrived he found Alston holding a can of Fancy Feast cat food.

Alston informed him that she was trapping feral cats, and the officer responded that she had to stop or he would arrest her for trespassing.

“Y’all have three cop cars because I’m feeding cats?” said Alston in a video of the initial encounter. “It’s unbelievable.”

Roberts was arrested first, as officers had previously given her a trespassing order for feeding cats, and Alston was arrested when she spoke against Roberts’ arrest, reported Alabama Live.

The sentencing of the two women has caught the attention of national animal rights organizations, who say trapping feral cats to have them neutered is a successful way to stop the stray cat problem.

“These are good Samaritans that should be applauded and not handcuffed.”
–

(For the source of this, and may other equally intriguing and important articles, please visit: https://www.theguardian.com/us-news/2022/dec/17/alabama-women-stray-cats-arrest-food-trap/)