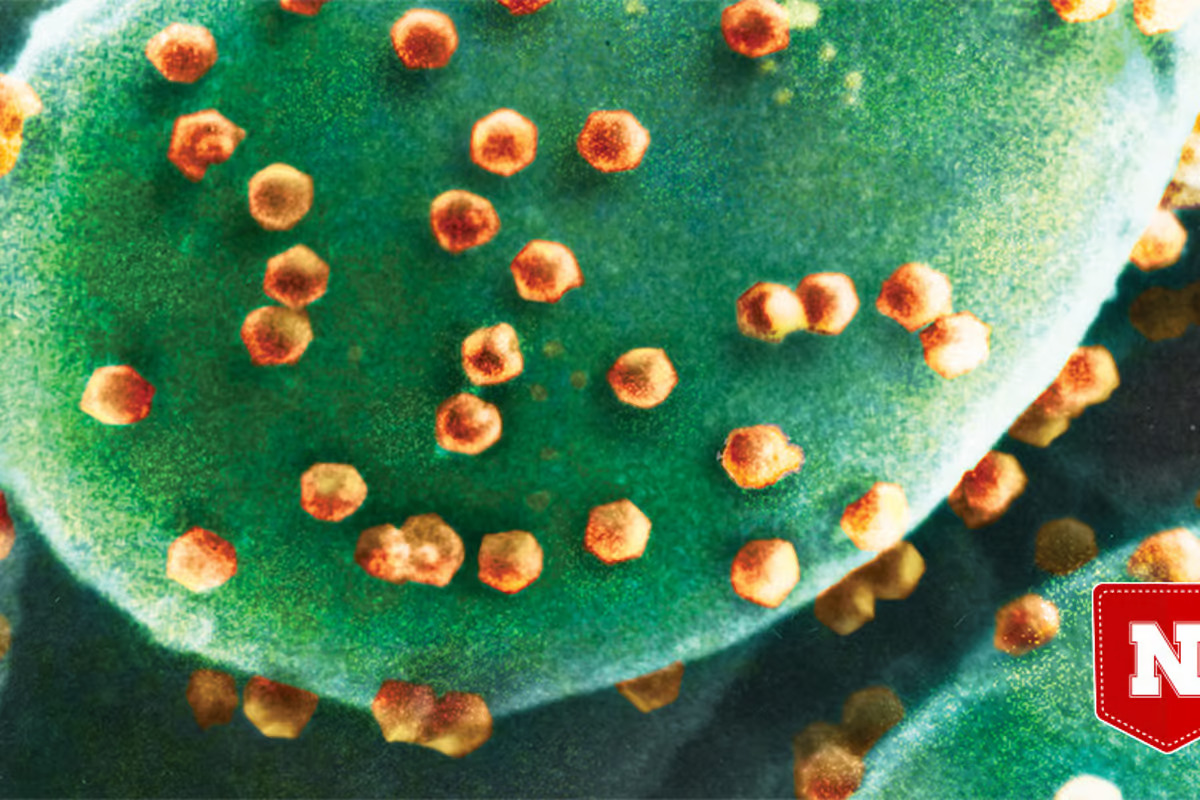 A microscope image of chloroviruses attacking a piece of algae.  Kit Lee and Angie Fox
–

By Michael Irving
2022Dec 28
–
Name a type of organic matter and chances are some type of organism has evolved to eat it. Plants, meat, algae, insects and bacteria are all consumed by different creatures, but now scientists have discovered something new on the menu – viruses.

Since viruses are found absolutely everywhere, it’s inevitable that organisms will consume them incidentally. But researcher John DeLong at the University of Nebraska-Lincoln wanted to find out if any microbes actively ate viruses, and whether such a diet could support the physiological growth of individuals and the population growth of a community.

“They’re made up of really good stuff: nucleic acids, a lot of nitrogen and phosphorous,” said DeLong. “Everything should want to eat them. So many things will eat anything they can get ahold of. Surely something would have learned how to eat these really good raw materials.”

To test the hypothesis, DeLong and his team collected samples of pond water, isolated different microbes, and then added large amounts of chlorovirus, a freshwater inhabitant that infects green algae. Over the next few days the team tracked the population size of the viruses and the other microbes to see if the latter was eating the former.

And sure enough, one particular microbe seemed to be snacking on the viruses – a ciliate known as Halteria. In water samples with no other food source for the ciliates, Halteria populations grew by about 15 times within two days, while chlorovirus levels dropped 100-fold. In control samples without the virus, Halteria didn’t grow at all.

In follow-up tests, the team tagged chlorovirus DNA with fluorescent dye, and found that Halteria cells soon began to glow. This helped confirm that Halteria was indeed consuming the virus.

These experiments show that the newly coined term “virovory” can now take its place among herbivory, carnivory et al, with Halteria crowned the first known virovore. But of course, it’s unlikely to be the only one out there, and the researchers plan to continue investigating the phenomenon, including its effects on food webs and larger systems like the carbon cycle.

Source: University of Nebraska-Lincoln via Eurekalert
–