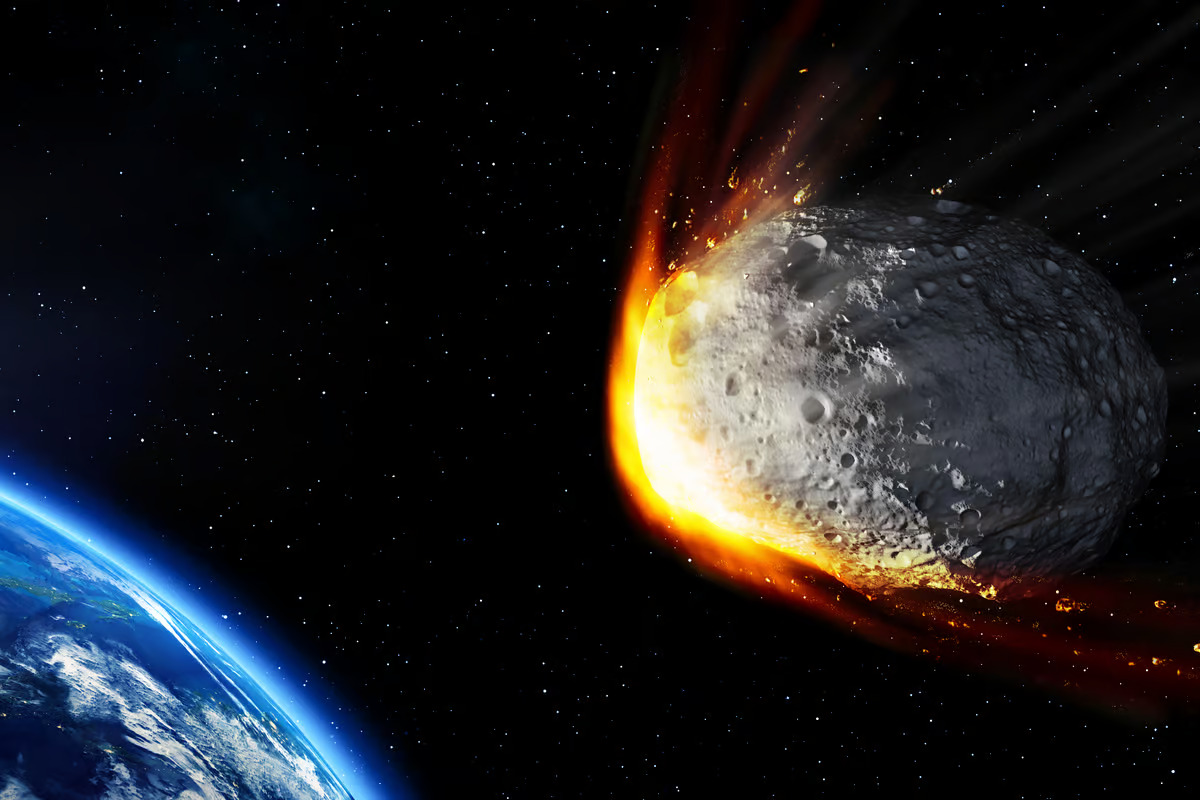 While Earth should be pretty safe from an asteroid collision for the foreseeable future, scientists are gathering all the data they can about the potentially dangerous space rocks.  Depositphotos

Most asteroid-observing programs here on Earth use either visual studies of asteroids – such as those provided by observatories across the world to NASA’s Center for Near Earth Object Studies (CNEOS) – or short-wave radio frequencies including those provided by NASA’s Deep Space Network to map the size, positions, and paths of asteroids. While these programs provide extremely valuable data regarding any potential danger from an asteroid impact, they are limited in that they only “see” the surface of the asteroid.

HAARP, which is operated by the University of Alaska Fairbanks, has traditionally been used to carry out analysis of our ionosphere (and has even been implicated in a few conspiracy theories). It also has the ability to send out long-wavelength radio signals. Such signals are able to penetrate objects, letting observers get an idea of their internal structure. In this case, learning about the internal architecture of an asteroid could provide scientists with a way to one day blow up or deflect a space rock that’s getting a little too close to Earth for comfort.

The target of the observation was asteroid 2010 XC15 which measures about 500 feet (152 m) across, making it small by asteroid standards. It is currently passing by Earth at two lunar distances, or two times the distance from the Earth to the moon.

The HAARP experiment joins other asteroid-investigating efforts such as NASA’s DART mission, which slammed a spacecraft into an asteroid in September, and the OSIRIS-REx mission, which grabbed a clawful of soil from the asteroid Bennu in 2020.

While no one expects an asteroid to give Earth any trouble anytime soon, astronomers do have their eyes on an asteroid known as Apophis, which will whiz past Earth at a distance of about 20,000 miles (32,187 km) on April 13, 2029. For context, that’s closer than lots of the satellites currently orbiting the planet. Still, even though Apophis was once thought to be a risk, researchers using updated observations now feel that it won’t be a menace for at least a century, which gives scientists plenty of time to figure out how to deal with it.

Data from the HAARP observations will be analyzed over the next few weeks, with researchers hoping to publish their findings in the ensuing months.

–
Science Space telescope Asteroid Observatory NASA Asteroid Redirect Mission
–
Michael Franco
Michael Franco has been writing about the serious and silly sides of science and technology for years for publications including Discovery Channel Magazine, Discover Magazine and CNET. By far his favorite home so far is at New Atlas where he’s allowed all the beakers and Bunsen burners he needs in which to mix his words. The mountains of North Carolina, where he now lives with his wife and two giant poodles, offer the perfect foil to way too much screen time.
–

1 comment
Sign in to post a comment.
Please keep comments to less than 150 words. No abusive material or spam will be published.
–
TechGazer – 2022 Dec 30 – 10:57 AM
Given that most asteroids seem to have considerable volatile content in the surface material, how much beamed energy over 6 months or so would it take to shift an asteroid’s orbit enough to miss? How long in advance can an orbital intersection be calculated? If this is at all reasonable, then a solar powersat/sail hovering over a solar pole might be an option. Most of the time it could be beaming power to Earth or to spacecraft or stations, so it might even pay itself back even without deflecting any asteroids.