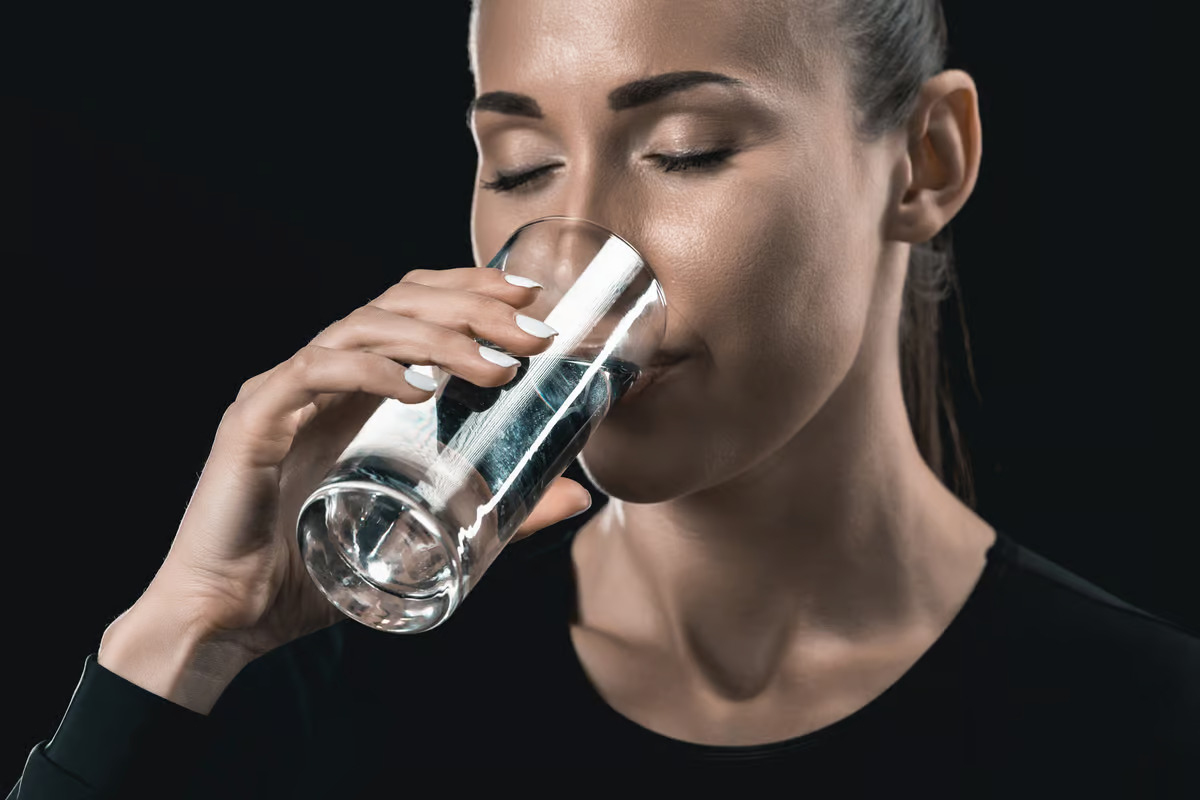 New research has found a correlation between blood biomarkers of hydration and aging. Depositphotos
–

By Rich Haridy
2023 Jan 02
–
A fascinating study from researchers at the National Institutes of Health (NIH) suggests people who don’t drink enough fluids could be at greater risk of chronic disease and are more likely to die at a younger age.

The new study was inspired by prior research from the same team of NIH scientists who investigated the effects of long-term water restriction on mouse health. That 2019 study found chronically depriving mice of sufficient hydration shortened their lifespan by about six months – the equivalent of 15 years of human life.

So this current research set out to explore whether optimal hydration levels in humans influence health and aging. To do this the team looked at data from an ongoing long-term heart health study that began in the late 1980s. The data comprised more than 15,000 participants, followed for an average of more than 25 years.

As a proxy measure of hydration the researchers looked at serum sodium levels in blood samples. In healthy people this has long been recognized as an effective way to measure how well hydrated a human body is, with normal serum sodium levels sitting between 135 and 146 mmol/l.

Serum sodium levels in the cohort were measured at several time periods over 25 years, alongside the tracking of 15 health markers used to assess biological aging. These markers included blood pressure, immune biomarkers, and blood sugar levels.

Of course, the big caveat here is correlation doesn’t necessarily imply causation. And the researchers are cautious to note these findings cannot directly suggest chronic decreased hydration causes shortened lifespan. It’s possible [higher] levels of day-to-day hydration are simply a decent proxy for a healthy lifestyle, and those that stay well hydrated also happen to eat better and exercise more.

But the researchers do point out there is some laboratory evidence to suggest low levels of hydration can trigger signs of aging in animal and human cells. These studies show increased serum sodium can lead to the kinds of pro-inflammatory activity and DNA damage that has been linked with accelerated aging. So it’s plausible to at least hypothesize chronic sub-optimal hydration contributes to age-related disease.

Co-author on the new study Natalia Dmitrieva said it’s possible people with serum sodium levels above 142 mmol/l would benefit from increasing their fluid intake. Some estimates indicate around 50% of all people are not meeting their daily recommended fluid intake. So, according to Dmitrieva, if further study can validate this association between hydration and general health then this simple intervention could have a significant impact on global health.

“On the global level, this can have a big impact,” Dmitrieva explained. “Decreased body water content is the most common factor that increases serum sodium, which is why the results suggest that staying well hydrated may slow down the aging process and prevent or delay chronic disease.”

The new study was published the journal eBioMedicine.