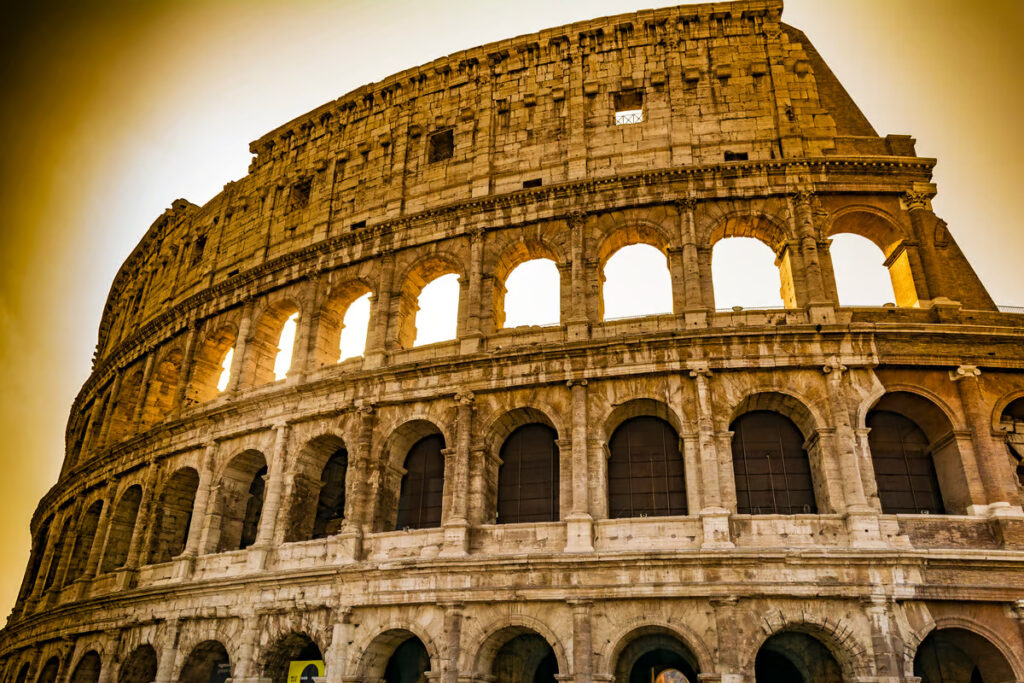 A new study reveals how ancient Roman concrete structures can still be standing after 2,000 years.  Depositphotos
–

Concrete is the most commonly used building material in the world, but it’s not impervious to damage. Weather and stress can lead to tiny cracks, which can grow into much larger cracks that eventually threaten the integrity of the entire structure. That can require expensive maintenance or replacement to prevent catastrophic failure.

In contrast, ancient Roman structures have stood the test of time for more than two millennia. To find out how, scientists have long examined samples of the material under microscopes to study the composition and uncover the ingredients that bestow such strength.

Pozzolanic material, made from volcanic ash from a specific region of Italy, features prominently. So does lime, and in previous studies it was found that this helps concrete actually grow stronger over time in marine environments like piers. One common inclusion – millimeter-sized chunks of white minerals called lime clasts – are usually disregarded as a by-product, but in the new study, researchers found that they might be there for a reason.

“The idea that the presence of these lime clasts was simply attributed to low quality control always bothered me,” said Admir Masic, lead author of the study. “If the Romans put so much effort into making an outstanding construction material, following all of the detailed recipes that had been optimized over the course of many centuries, why would they put so little effort into ensuring the production of a well-mixed final product? There has to be more to this story.”

The team used several imaging and chemical mapping techniques to inspect the lime clasts much more closely, and found that they’re made of types of calcium carbonate, which appeared to have formed at high temperature. This suggested that they were made by directly adding (or “hot mixing”) quicklime, a more reactive form of lime than the form the ancient Romans were presumed to have used.

“The benefits of hot mixing are twofold,” said Masic. “First, when the overall concrete is heated to high temperatures, it allows chemistries that are not possible if you only used slaked lime, producing high-temperature-associated compounds that would not otherwise form. Second, this increased temperature significantly reduces curing and setting times since all the reactions are accelerated, allowing for much faster construction.”

But more importantly, these lime clasts play an active role in self-healing the concrete. The hot mixing process makes the inclusions brittle, so that when tiny cracks form in the concrete, they will move through the lime clasts more easily than the surrounding material. When water gets into the cracks, it reacts with the lime, forming a solution that hardens back into calcium carbonate and plugs the crack. It can also react with the pozzolanic material and further strengthen the concrete itself.

So rather than being an unwanted by-product, these lime clasts are there for a reason, the team says. This self-healing mechanism may be a major factor in the longevity of ancient Roman concrete structures.

To test the hypothesis, the researchers then produced hot-mixed samples of ancient and modern concrete, then cracked them and flowed water through the cracks for extended periods. After two weeks, the ancient concrete sample had healed its cracks, blocking the water from flowing. The modern material, on the other hand, didn’t heal at all.

The team says that the discovery not only helps us understand the secrets of ancient engineering, but it could help improve modern concrete recipes too. To that end, the researchers are taking steps to commercialize the material.