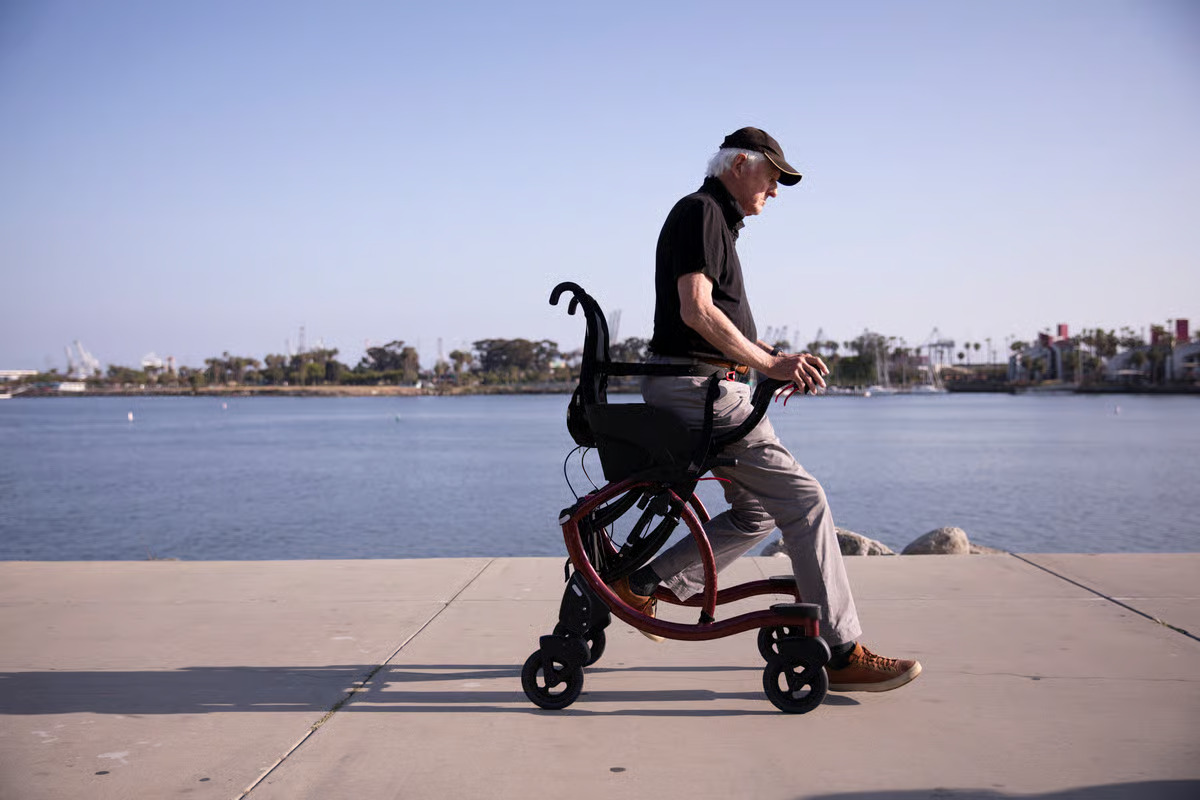 By Ben Coxworth
–
“I was with my dad as he gracefully declined in 2013,” Brown tells us, regarding the origins of his invention. “I watched his pals on walkers and wheelchairs (and didn’t admire either), and there, right between them, was this giant gap.”

More specifically, he noted that while walkers allow users to maintain an upright stance, and wheelchairs allow them to sit comfortably, neither one helps them to transition between those two states.

That’s where the Zeen comes in. Taking its name from the draisine, which was a balance-bike-like forerunner to the modern bicycle, it’s designed for people who still have some use of at least one of their legs, but are unable to safely stand or walk unaided.

In the Zeen’s default configuration, its seat sits at chair height, like that of a wheelchair. When users wish to stand, they’re assisted by two gas springs that raise both the seat and its occupant to an upright position – no motors are involved. Users are then able to walk, still supported by the seat (which has a saddle-like nose) and the handlebars/armrests. A seatbelt provides protection against falls, plus the lifting mechanism can be locked at any height.

Not only can users walk, they can also “glide” by allowing the Zeen to coast between each step – and yes, it has brakes. Because all four of its wheels swivel, users can additionally turn on the spot. When it’s time to sit back down, they just squeeze two levers on the handlebars to release the lifting mechanism, so the seat can be gently pushed down by their body weight.

Brown tells us that the Zeen itself tips the scales at 40 lb (18 kg), and that its springs can be adjusted to lift users weighing between 90 and 250 lb (41 and 113 kg). According to a recent report on CBS News, he has already built 100 of the devices for clients including Pope Francis.

The Zeen has now entered commercial production, and is available via the company website for US$3,800. It’s demonstrated in the video below.